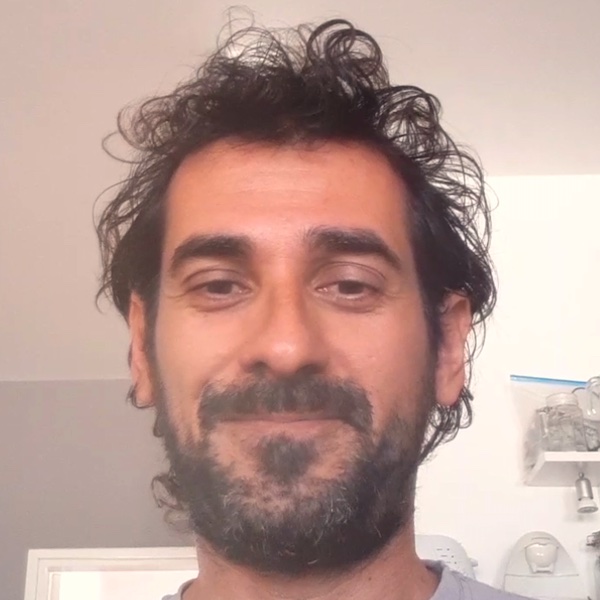 Claudio: “Hello! I’m Claudio from the Cape Verde islands. My GoosebumpMoment was when a great white shark showed up in the middle of a surfing contest that I was watching in real time. It was the World Championship Tour, the event occurred back in 2015 in South Africa. It was the semi-final between Mick Fanning and Julian Wilson. At a certain point a huge shark’s fin showed up from nowhere and confronted Mick Fanning. The guy just literally jumped off his surfboard and there was a sort of confusion going on and then there was this wave passing by and covering what was actually going on there.
So those 9 seconds of wave was the deepest, longest GoosebumpMoment I ever had. Thank God Mick Fanning made it out 100% safe!.”

Some images that went around the world and that give us Goosebumps are those of that day when Australian surfer Mick Fanning successfully evaded a shark attack during a competition in South Africa in 2015.

As the athlete prepared to ride a wave at the J-Bay Open finals in Jeffreys Bay, a large shark appeared out of nowhere and decided to hit the board. Fanning, however, managed to escape unscathed to be picked up by rescuers on jet skis, which was pretty incredible.

How did Mick Fanning save himself from the shark attack?

Although the video shows that the shark seemed quite determined to hit the board, according to experts this was what probably worked in the surfer’s favor.

Fanning, who appeared to be calm, did the right thing at the time because during the brief attack, he apparently put the board between himself and the shark, avoided the mouth, struck the animal, and then swam away.

According to experts, the best thing to do if a shark approaches us is to hit hard. If possible, aim for the nose, eyes, or gills, which are particularly sensitive. Fanning apparently struck the animal on the back.

Mick Fanning escapes a shark attack for the second time

As if that were not enough, in 2017, two years after the first attack, Mick Fanning was saved for the second time from a white shark attack on the same beach and the same surf championship.

Fanning was pulled out of the water with Brazilian Gabriel Medina while they disputed the quarterfinals of the valid World Surf League in Jeffrey Bay in South Africa.

On this occasion, he did not have physical contact with the shark, due to the security measures that had been implemented since the first incident occurred.

The contest organizers spotted the shark and stopped the competition when it entered the area where the surfers were, as they were estimated to be separated by only 700 meters.

White sharks are involved in a large number of unprovoked shark attacks around the world, are responsible for the majority of bites in California, and are particularly common in South Africa, where they hunt seals off the coast.

The great white shark population suffered sharp declines in the past due to overfishing and bycatch. However, recent research suggests that they are making a slow comeback in waters where they are protected, including North America and South Africa.