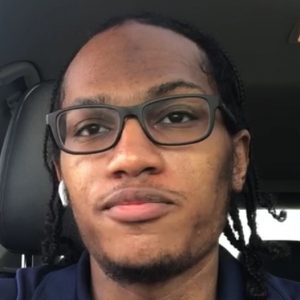 D’Angelo: “Hello everyone. I am from Texas, located in the United States and my GoosebumpMoment is when I heard an African American singing a Korean song on a show called “America’s Got Talent”. The song he sang he did it in the actual Korean language and the reason why it is a GoosebumpMoment for me is because I am a musician, so when I hear someone of my culture, nationality or race very interested in another culture and its music, enough to decide to learn that language and respect it enough to sing it in its original language, it really sends a shiver down my musician’s spine, in a musician’s way. Because music can touch everyone in a way that nothing else can. When you sing, when you take the time to learn a language and sing that song with as much passion and confidence and soul as the person who wrote the song, it really touches you in a different way. So that was my GoosebumpMoment”.
.

It is always impressive to see contestants unexpectedly make the judges and the audience hallucinate in singing shows, but when someone does it in a country other than their own, and almost perfectly in a language in which they are not native, it is something really special that gives us Goosebumps.

Such is the case of Joseph Butso, a young man from Ohio, who was in South Korea as an exchange student, and who after his participation in the popular singing program “I can see your voice”, left more than one mouth open wide, not only with his incredible voice but with his perfect command of Korean. The song he chose to sing is known not only for its musical difficulty but for its deep emotional context.

Joseph Butso, a graduate of Ohio State University, won the hearts of the audience in South Korea and went viral on social media after his performance in the television singing contest “I can see your voice” in 2016.

With more than half a million views and over a thousand comments on YouTube, viewers praised his impeccable pronunciation of the Korean language and his incredible talent.

Butso is a lover of Korean culture and even has a Korean name: Choi Jun Seob. He graduated from Korean Studies and decided to live in Korea in 2012 to pursue a singing career.

He then became a missionary, singing and posting YouTube videos that often showed his Buckeye pride by wearing an Ohio State University (OSU) hat or t-shirt.

Then he dedicated himself to doing gospel music street performances and after becoming popular he decided to participate in the program “I can see your voice”. Butso ended up winning the show and the hearts of hundreds of thousands of people.

He recounted that his love for Korean culture started in high school when his friend introduced him to K-Pop.

“I can see your voice”

“I can see your voice” is a South Korean music television show broadcast since 2015.

During the show, the guest artists must try to correctly guess six contestants who are good singers without hearing them sing. The artists will be assisted by a group of famous panelists known as the “Tone-deaf Detective Team” or the “SING-vestigators”.

After they are eliminated, one or two contestants in each round reveal their true ability to sing on the stage known as the “Stage of Truth.” The last artist standing will be able to sing along with one of the invited artists.

If the winner turns out to be a good singer, they will have the opportunity to release a song with the guest artists as a digital single.