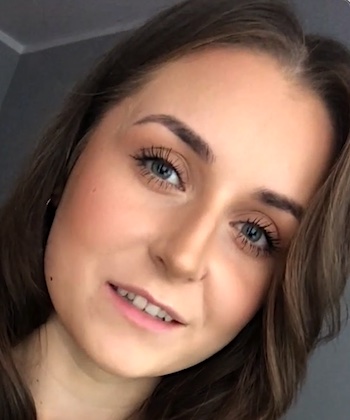 The highlanders in Zakopane

An evening with the highlanders in Zakopane – Wiktoria’s goosebump moment

Wiktoria: “Hello! I come from Poland. My goosebump moment was probably in 2017 in Zakopane. Zakopane is a very popular city to relax and spend time with loved ones. One night my family and I were having an ordinary dinner in a tavern and suddenly the highlanders came in, and started singing, playing, and asking people to dance as they usually do. The whole tavern walked away from the tables, and we started cheering and fooling around. It was an unforgettable evening and shows that Poles know to have fun together. It was a moment I will never forget.”

The highlanders and their unique culture

The culture and folklore of the highlanders in the Zakopane region of Poland is very unique. The highlanders have a strong sense of belonging to their community and proudly boast of their tradition, are not ashamed to speak in the local dialect and wear traditional clothes even outside of their region.

In addition, one of their characteristics is their music. Most highlanders have beautiful and strong voices. Highlander songs are polyphonic and are often prolonged with shouts. They are sung by both men and women. If you are in this region in winter or summer, just visit a restaurant or an inn, where local bands play live.

Savoring the culture of the highlanders in Zakopane

The folk tradition, customs and culture of Polish ethnic groups are constantly changing with the changes in Polish reality and lifestyle. Although some of the customs have been successfully incorporated into the daily routine, one can determine regions of Poland where tradition still plays an important role and can be detected at first glance.

One of these places are the mountains where the inhabitants, called Gorale in Polish, are still perceived through their culture. Although there are numerous spa or ski resorts near the mountains, one of the most popular tourist places among which visitors even expect to meet the folk culture is Zakopane. The mountain people living there have a culture and folk costumes that are recognized throughout the country and even beyond.

The city of Zakopane is located at the foot of the Tatras, about 2 hours from Krakow. It can be easily reached from Krakow or other major Polish cities. The Gorale (mountain people) living there belong to the Podhale Gorale ethnic group, a region which, except for places like Zakopane, also consists of Nowy Targ, Dunajec, Szczawnica and many more towns and places.

The costume of the highlanders of the Podhale region is very characteristic. Men wear white woolen pants and suits, decorated with embroidery, and hold in their hands a stick called “ciupaga”, a stick with an axe-shaped end. The head is covered with a hat adorned with small shells and a feather. The traditional female attire consists of a flowered wool skirt and an embroidered vest. Both men and women wear leather shoes called “kierpce”.

As in every folk tradition, it is the cuisine that plays an important role. Zakopane can boast with traditional dishes that you can try during your trip there. Specialties that you can buy all over the city are “oscypek” or “bunc”, traditional types of sheep’s cheese from the highlands.

The music and dance of the highlanders

The music of Gorale is also very typical. The most characteristic is the melody and way of singing. The most important instruments are the violins and the cello. Very often, the music is assisted by characteristic dances.

As a visitor to Zakopane you have the possibility to participate in music and dance performances in numerous folk restaurants that organize such performances for their customers. At the same time, you can taste traditional foods such as potato cake with goulash, roast pork knuckle or smoked sheep’s cheese.

You can meet the inhabitants of the Podhale region dressed in their traditional costume at Sunday mass, in restaurants or at the most popular tourist sites. When hiking to the lake “Morskie Oko”, located in the Tatras, you can use a unique means of transport instead of walking: a horse-drawn carriage with a goral as a driver. Mountaineers also practice rafting in the gorge of the Dunajec River. When you visit Zakopane or its area in winter, we encourage you to take a sleigh ride with the mountaineers.

Zakopane is certainly not only a touristic place, but also a place where folk culture is still alive and appreciated. It is a highly recommended place on your visit to Poland.

More about of the highlanders: