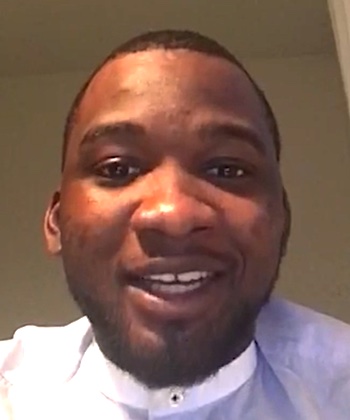 “Hi! My name is Kunle, I am from Nigeria. My goosebump moment was when a friend of mine had to surprise me with a birthday gift to Anfield with a ticket, a match ticket. Anfield is like a dream place, a place I have always wished to be because Liverpool FC is my favorite football team. So, it was really an exciting, exciting moment for me. When I got there, I was so happy to the extent that I lost my voice. It was really an exciting moment. I was able to cheer up the players and with the way the environment is serene, the serenity of the environment, the people. It was so amazing, it was an amazing moment for me. Thank you for listening to my moment.”

One of the temples of soccer

Whether you like soccer or not, the experience of visiting Anfield, Liverpool’s stadium, one of the most emblematic soccer grounds in the world, is a must on a trip to the capital of Merseyside.

It is one of the most famous temples of this sport and that just by mentioning it manages to cheer up the great fans of the sport and faithful followers of Liverpool F.C.

The stadium was designed in 1884 and until 1892 was home to Everton Football Club. Nowadays, thousands of people stop on the street just to take pictures of this place that holds years of history. But there is a dream that any fan must fulfill and that is to be able to enter Anfield Road and listen to more than 45 thousand spectators chanting in unison “You’ll never walk alone”.

With a stadium without a team, the owner of Anfield Road decided to form a new one which was called Liverpool Association Football Club and debuted on September 1, 1892, against Rotherham Town Football Club, with a result in favor of the locals of 7-0. In 1893 Liverpool Football Club officially played under the name we know today.

Anfield is an elite category stadium according to UEFA criteria and has been home to important international matches, including matches of the English national soccer team. It was one of the venues used during Euro 1996, where they played four matches that year: three for the group round and one for the quarterfinals.

What to do at Liverpool Stadium

For those who cannot attend a match at Anfield, there is the option of taking the Stadium Tour, a guided tour that takes you to the interactive museum, visit the pitch, the changing rooms and touch the famous “This is Anfield” plaque that the players see before each match.

The stadium museum displays the five European Cups won by the team, trophies, plaques, shirts and symbolic objects that explain the history of the club. With more than 120 years of history, visitors can explore the past and present of soccer and remember the moments of glory or ups and downs of Liverpool FC.

You can also visit the legendary entrance to The Kop, which is the popular stand of the stadium and for many “wins games on its own”. At the entrance is a bronze statue of British manager Bill Shankly that stands over 2.4 meters tall. The statue was first displayed in 1997 to pay tribute to the most famous and respected man at Liverpool FC, because he managed to take the team to the top of the English league.

Another magical place that is part of the history of Anfield Stadium is the Hillsborough Memorial, located next to the Shankly Gates, which commemorates the 1989 Hillsborough tragedy in which 96 people were crushed to death in an avalanche that killed 96 people against the stadium’s fences. Bouquets of flowers, scarves, team memorabilia, messages from tourists and a permanently burning flame decorate the site to remember the victims and symbolize that they will never be forgotten.

Undoubtedly, Liverpool’s stadium is a symbol of this city in England, recognized by the passion of the fans and the team’s trajectory. Be sure to go because from Anfield Road you will understand the passion of the “Liverpudlians” for soccer.

More about Anfield, the Liverpool stadium: