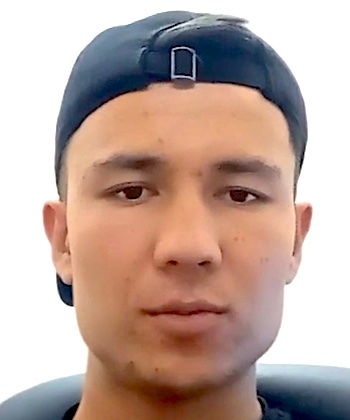 Diyor: “Hello, I come from Uzbekistan. My goosebump moment is when I watched the final day of Tokyo 2020 on TV. Because Bakhodir Jalolov, who is the famous boxer and world’s champion of heavyweight from my country, represented in the final. His opponent Richard Torrez Jr comes from the U.S. and was looking to join the list of American greats to win Olympic gold. You know the first round was very emotional because  Torres represented the round perfectly and attracted the consideration of referees. But we believed that Bakhodir would win the other rounds because he won the gold medal in Russia some years ago and his opponent was Torres in the final. At the end of the final the referees announced Bakhodir Jalolov as the winner.”

The Uzbek fighter was hurt in the first round by a vicious attack from Torrez but inflicted a standing count on the Californian before receiving a resounding 5-0 unanimous decision victory in Tokyo. Jalolov asserted his authority when his powerful left hand opened a cut and forced a standing count on Torrez, who was also deducted a point for use of the head.

Uzbekistan’s Bakhodir Jalolov won the Olympic super heavyweight boxing title by defeating Richard Torrez as the U.S. team hoped for its first men’s gold since 2004 evaporated in Tokyo. The disappointment was twofold for the U.S., as lightweight Keyshawn Davis also settled for silver after losing his final.

Torrez, 22, was defeated by the taller man unanimously as Jalolov added Olympic gold to his 2019 world champion crown. Torrez stunned Jalolov with a hard left in the first round and hit him again early in the second. But then he was deducted a point for use of the head and took a standing count as Jalolov locked in a sinister march.

In the second round, Torrez had to be treated briefly for a cut over his eye.

Bakhodir Jalolov, born in 1994, is an Uzbek professional boxer. As an amateur he competed in the super heavyweight division and won a bronze medal at the 2015 World Championships, gold at the 2019 edition and competed at the 2016 Olympic Games, acting as Uzbekistan’s flag bearer during the opening ceremony.

He qualified to compete in the 2020 Summer Olympics and won gold, and again served as Uzbekistan’s flag bearer. He resides in California, USA.

Uzbekistan’s performance at the Olympics