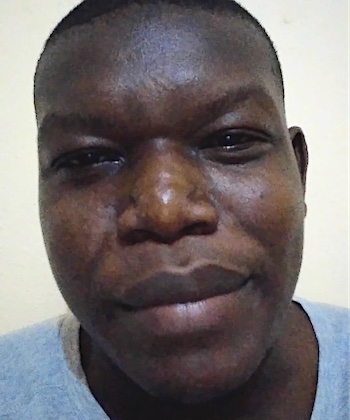 Ndomende: “Hi, I am from Central Africa Republic and my goosebump moment is when Bayern Munich took the UEFA Champions League in 2013 and when Arjen Robben scored the victory goal at the last ending minutes. So that was nice. I think I will never forget, that was very amazing, it was very amazing that night. Thanks!”

Bayern Munich beat Borussia Dortmund by two goals to one at London’s Wembley Stadium. Dutchman Arjen Robben scored the winning goal in the 89th minute to give Bayern its fifth European title. Robben was emotional after scoring Bayern Munich’s decisive goal in the Champions League final. It was certainly a fantastic show to close the season.

The match took place on Saturday, May 25, 2013, at Wembley Stadium in London, England, between German Bundesliga clubs Borussia Dortmund and Bayern Munich. In the first Champions League final to be played in Germany, Bayern won 2-1 with goals from Mario Mandžukić and Arjen Robben, following a penalty converted by İlkay Gündoğan for Dortmund.

A week later, Bayern won the 2012-13 DFB-Pokal and, having won the 2012-13 Bundesliga, completed the continental treble. As a result of their Champions League victory, Bayern qualified to play 2012-13 Europa League winners Chelsea in the 2013 UEFA Super Cup and earned the right to enter the semifinals of the 2013 FIFA Club World Cup as a UEFA representative. They eventually won both competitions.

Who is Arjen Robben?

Robben was born on January 23, 1984, in Bedum, the Netherlands, and took his first steps in soccer with the local team. There, he learned from his coach Wiel Coerver a methodology from the 70’s based on the slow-motion observation of movements characteristic of great soccer stars such as Pele, Puskas or Roberto Rivelino.

His ball striking and powerful shot led him to join Groningen, one of the best youth teams in the Netherlands. After excelling in the youth teams, he was promoted to the first team in 2000 and his performances put him on the agenda of PSV, with whom he won the Eredivisie and Super Cup in 2003.

In Eindhoven, he formed a dream attacking partnership with Mateja Kezman that fans dubbed “Batman and Robin”.

Although he struggled to make his debut and have continuity in the English team due to injuries, which already began to take their toll then, his minutes at Chelsea were of great quality and in his first season he competed with Wayne Rooney for the best young player award.

His first years in the Premier League were a success despite his lack of consistency. He won several titles and adapted perfectly to Jose Mourinho’s 4-3-3 formation, with whom he felt very comfortable.

This situation changed after the 2006 World Cup in Germany, when Chelsea signed Shevchenko, Ballack and Ashley Cole and the Portuguese coach switched to a 4-1-3-2 formation. In Germany, Arjen Robben became a true Bayern legend. With 20 titles, 308 appearances, 144 goals and 101 assists in 10 seasons, the Dutchman won a place in the hearts of all German fans.

One of his best seasons as a footballer was 2012/2013, when he scored the winning goal against Borussia Dortmund in the Champions League final and gave Bayern Munich the title. In the 2018/2019 campaign he announced that this would be his last season in Munich and closed his time there, becoming one of the top scorers in the team’s history with 144 goals in 308 games.

More about Bayern Munich took the UEFA Champions League in 2013: