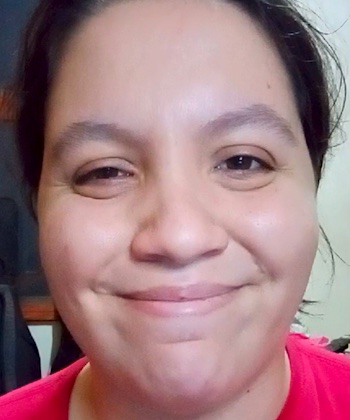 Daniela: “Hello, I am Daniela and I come from Caracas, Venezuela. My goosebump moment is about the Venezuelan carnival that typically occurs during February of every year. When I was a kid, I used to be very happy during this time with my friends because the Venezuelan carnival is all about colors, and people being happy, and candy. Mostly it is just people hanging around and enjoying each other. And you know, during this time there’s a lot of games with water, and toys and it is very, very cheerful. There is something about the carnival that makes people very happy, and it is very exciting every year. Also, people like to dress up as Venezuelan traditional characters and it is very cool. So, this was my goosebump moment and I used to be very happy during this time. Thank you!”

From the colors of the costumes worn by many to the extravagance of the celebrations, Carnival in Venezuela continues to be an occasion to pay homage to music, art, dance, and creativity.

Celebrating Carnival in Venezuela is an idiosyncratic tradition that has its origins in colonial times when this country was a colony of Spain. At the time when it was a colony, this festivity included rough games where the people of the plantations used water as a weapon. In addition, men and women dressed in colorful clothes to perform in street dances.

After several years, parades, floats and traditional foods were included to make the festival more family friendly. In addition, the violent water games of yesteryear were toned down to be enjoyed by children from all over the country.

Since then, Venezuelans have used all their creativity to create an atmosphere of joy and diversity even as the country’s social and economic crisis overshadows their daily lives.

Most of this creative effort can be seen in folkloric dances, grandiose costumes, and African-inspired music. Carnival celebrations take place forty days before Easter Sunday.

The coastal towns and provinces celebrate Carnival with much more fervour than anywhere else in the country. Venezuela considers Carnival in the same way it considers Christmas and Easter.

It is a time to visit family and enjoy the festivities together. Many of these localities have a population whose ancestry came predominantly from African countries such as Cape Verde and Guinea.

For example, the town of El Callao was founded by the British and French in search of gold in 1853, originally called Caratal. They brought slaves to do most of the work in the gold mines.

The slaves maintained their traditions by partying fervently and wearing colorful attire. The music we still enjoy during Carnival these days has its roots in the African rhythms of the past.

These four days ended with the dawn of Ash Wednesday, forty days before Easter. But El Callao was not the only town in Venezuela that gave shape to what we call Carnival today.

Barlovento is a coastal town that has a population with strong African traditions. African slaves were brought from what is now the Republic of Congo and Ghana to work in the cocoa, coffee and banana plantations that existed in the colonial period.

The use of drums and other wooden instruments mainly of African origin is characteristic of Carnival in this area. These instruments are still a very important part of the folk music, especially during Carnival.

Where to celebrate Carnival in Venezuela

El Callao and Carúpano are one of the first options you should choose to enjoy the traditional Venezuelan Carnival dances.

The adults and children dress up as devils, mediopintos and madamas. Music with maracas and drums fill the streets of El Callao. While in Carúpano you can enjoy the rhythm of calypso and samba.

Another option, in a beach atmosphere, is Margarita Island. Although the carnival here is not as flashy as in El Callao, it still includes colorful parades and the Carnival Queen Beauty Contest.

For a more alpine experience, the Carnival festivities in Mérida are very entertaining as the protagonists of this city are the university students.

These students organize one of the most famous music festivals in the country. The Feria del Sol takes place during Carnival season and brings to Venezuela the talent of many world-renowned singers, bands, and dancers.

More about Carnival in Venezuela: