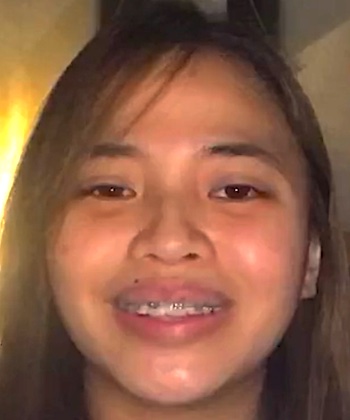 A wedding in the Philippines

Angel: “Hi! I come from the Philippines. My goosebump moment is the time when I got the chance to travel in Isabela, one of the most beautiful and biggest provinces here in the Philippines. I visited Isabela to attend a wedding. Based on what I witnessed, their culture, when it comes to weddings, is very different from ours. Neighbors were gathered together to prepare the wedding. Women were the ones who were assigned to cook while gentlemen were the ones who were assigned to prepare the ingredients. Seeing their genuine smiles and willingness to help really gave me goosebumps. I can see how happy and grateful they were to help. And of course, paying them money is a “no”; they will accept food rather than money because it is a tradition in Isabela. For the wedding itself I would say that it was so simple, unlike any other weddings I have seen. People in Isabela were so rare, happy, simple, unique and welcoming. How I wish I could go back to Isabela to experience their beautiful culture.”

The Philippines is a country full of traditions that characterise its people, especially in social events such as weddings. In this culture, marriage occupies a sacred place and, among many things, the food is really special. Due to the Spanish occupation for more than 300 years in this country, it is impregnated with some Hispanic culinary traditions. That is why on any special occasion, such as in the great event of a town to celebrate the feast of its saint or in weddings, a favourite food called “lechón” is served. It is a suckling pig that has been roasted until the skin gets crispy, which is undoubtedly the center piece of any party in this country.

The piglet, a custom for ceremonial occasions

Cebu, which is located in the Visayas region, is famous for its Filipino suckling pig called Lechón de leche, which is a young pig roasted with almost no fat. It is so juicy and succulent that people yearn for it in such a way that Filipinos who have spent many years abroad look for it as soon as they set foot in the Philippines.

Whenever there are occasions, the Filipino Lechon is usually number one on the list, usually a whole roast calf or a pig in the center of the table with an apple in its mouth. If you are planning to host parties in the Philippines, be sure to have Filipino Lechon to have a great party and also to satisfy your guests.

Other traditions in marriages

At Filipino weddings, the groom wears the traditional Filipino barong, robes embroidered and made with pineapple leaf fibers, while the brides choose a contemporary and western dress. At the beginning of the ceremony, the parents of the bride and groom light two candles and place them on the sides of the unity candle, which will then be lit by the bride and groom at the end of the wedding as a symbol of union, that from now on their lives are lit by the same fire.

For that reason, each anniversary the couple will have to light the candle of unity. In Filipino weddings, the veil and bow ceremony is performed as well, which occurs when the couple has been declared husband and wife. The couple then kneels and the godparents put a white veil on their shoulders. The veil signifies the desire of the couple to live under the protection and love of God and is also a symbol of union.

More about weddings in the provinces of the Philippines: