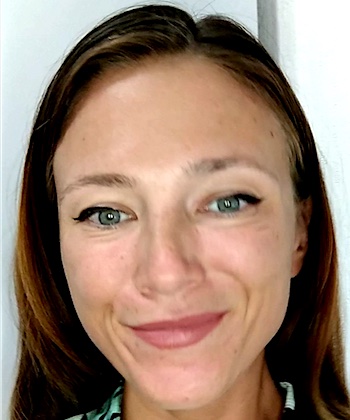 New Year at the Eiffel Tower

Maria: “Hi, my name is Maria and I come from Russia. My goosebump moment was when my mom and I celebrated New Year in Paris near the Eiffel Tower. Actually, it was a big dream of my mom’s and I decided to make this a surprise for her. I just bought the tickets and brought her to Paris for the winter holidays. I still remember that unforgettable moment when the Eiffel Tower started to light up with the golden lights, and my mom started to cry because she was filled with joy, emotions, and happiness. I felt so grateful at that moment because the dream of my mom became true. She had a very difficult life, and she spent a lot of money and time on me and on my education. And now I realized her dream. I will do all my best to make my mom happy every day.”

A dream place for New Year

No matter how much time passes, our mothers will always be one of the most important references in our lives and nothing makes a mother more excited than enjoying quality time with her children. Nothing better than to surprise them in that place they have always dreamed of.

There is no doubt that a trip is one of the best gifts and even more so if it is to celebrate the new year in one of the must-see places in Paris like the Eiffel Tower. The dream of many is to see this Parisian icon illuminated at dusk and see Paris from its viewpoints.

The Eiffel Tower is the undisputed symbol, not only of Paris, but of all of France. With almost 130 years of history behind it, today it is the most visited monument in the world, more than 7 million people come to see the famous French tower every year.

Every year, some seven million people visit the Eiffel Tower, making it the world’s most popular monument that functions as a tourist attraction.

On New Year’s Eve, fireworks display around the tower have been a common element in the city’s official calendar. Eiffel Tower New Year’s celebrations are essentially street parties where people drink champagne and socialize while they wait for the New Year to ring in. Whether you speak a lot of French or only have “bonjour” in your repertoire, you are likely to make a lot of new friends while celebrating New Year’s Eve in Paris near the Eiffel Tower.

Similarly, illuminated by more than 300 projectors arranged on beams, the Tower takes on a golden hue as soon as the sun sets. The beams of light enhance the structure of the Tower and offer another way to appreciate the monument both from the base and from the second floor, from where an incredible view can be appreciated, thanks to the curved lines that define its silhouette. Night tours of the Eiffel Tower also offer the opportunity to observe the path of the beam of light emanating from the top. With a range of 80 km, the hypnotic sweep of this powerful beam floods the sky and the city with light in equal measure.

At the beginning of each hour, a surprise awaits visitors: the spectacular flashes of 20,000 light bulbs illuminate the Tower for five minutes. This installation was designed in 2000 for the New Year celebrations and, at the request of Parisians seduced by this extra touch of magic, it has now been permanently incorporated into the regular lighting show.

In addition, there are other lighting systems that occasionally adorn the structures of the iron lady, which serve to celebrate or commemorate all kinds of events, such as the rugby World Cup or the Chinese New Year. The Eiffel Tower thus takes on the role of an undisputed national symbol, while combining the spirit of the Parisians with the colors of its lighting effects.

The best viewpoint in Paris

The Eiffel Tower is a structure designed by the French engineer Alexandre-Gustáve Eiffel for the Universal Exposition of 1889 in Paris, organized to commemorate the centenary of the French Revolution.

Construction of the structure began in 1887. A total of 250 workers participated in its construction. It was inaugurated on March 31, 1889 and opened to the public on May 6 of that year.

It had an initial height of 300 meters. Subsequently, a radio antenna was mounted on its top, bringing its height to 324 meters. The original project called for the tower to reach a height of 350 meters, but the neighbors were alarmed by the threat that such a tall building, built with hardly any stones, could fall, and they protested, causing a change of plans. In its time it held the mark as the tallest structure in the world, until 1930 when it was surpassed by the Chrysler Tower in New York in 1930.

The initial weight of the tower was around 7,300 tons, which has gradually increased to more than 10,000 tons, due to the museum, restaurants, warehouses and stores it currently houses.

Today it is considered the undisputed symbol of France and of the city of Paris in particular, being the most visited monument in the world.

More about the Eiffel Tower: