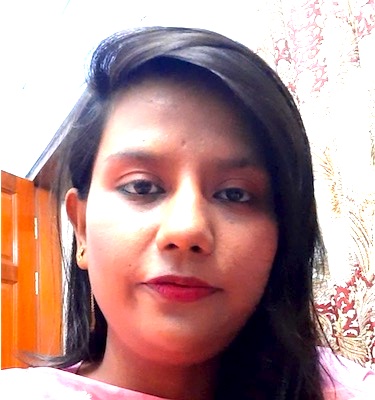 Jomana: “Hello there! I come from Bangladesh, a beautiful country in South Asia. My goosebumpmoment is one of my most favorite movies. It is Christopher Nolan’s “Batman Trilogy”. This series has had a huge influence on my life. Bruce Wayne’s early life tragedy, his commitment to being a servant of justice, and his fight against Gotham City’s criminals were all touching. The way Bruce Wayne channeled his vengence into strength for the greater good has made this picture one of the best of the twenty-first century. I find this series hypnotic and thought-provoking every time I watch it. These movies have inspired me to constantly follow the road of truth and justice, to face all of life’s challenges with positive strength, and to speak up for mankind. Thank you so much for taking the time to listen.”

The success of Nolan’s Batman trilogy

The reboot of the Batman saga, directed by Cristopher Nolan, presents the classic approach of the superhero genre, in which a villain, more or less charismatic, endangers society and seems to defeat the hero, until near the climax of the play, the hero rises from his ashes to end up defeating the villain and achieving peace.

The ability to make iconic phrases, iconic shots and a story still open show that the Nolan saga is still alive. From the beginning, its creator was always aware of how popular it would be in the cinema. Without hesitation, he always knew that he was doing something that would influence the genre forever.

From 2005 to 2012 Christopher Nolan was able to work on his Dark Knight trilogy in parallel to his personal projects, which is why it took so long to finish. It was precisely that calm that allowed him to succeed.

In the first film, “Batman Begins”, Batman trains and develops his personality alongside the League of Shadows, led by a Ra’s al Ghul. Throughout history, he and his organization have been in charge of destroying all civilizations one by one, from Rome to their goal of destroying Gotham, which, according to their criteria, they considered decadent and rotten.

In the second film, “Batman The Dark Knight”, chaos marks the film, starring the Joker, Mikhail Bakunin with the face of a clown. Anarchism made person in Heath Ledger’s legendary Joker. A movie where they describe us as a man (the joker) can do anything to create chaos, without caring about people’s lives.

Finally, in the third film, despite Heath’s death, Nolan and his team still released “The Dark Knight Rises” in 2012. They radically changed the script and Tom Hardy was in charge of giving life to the new antagonist Bane. The city of Gothman will be plunged into chaos and dictatorship imposed by The League of Shadows and only Batman will be able to rescue it. It was the perfect close to Nolan’s trilogy, which left us with another great movie.

Every movie in the series was a box office success, particularly the second and third movies, both of which grossed more than $ 1 billion worldwide.

The films also received near-universal acclaim from critics and audiences, being praised for Nolan’s direction, themes, and character development, cast performances, a more realistic and darker reinvention of the source material, increased use of effects. hands-on on CGI, and Hans Zimmer’s music for each film.

The protagonist of Batman

Bruce Wayne was born the son of billionaire businessman Thomas Wayne and Martha Wayne. Growing up in Wayne Manor, Bruce fell at the age of eight into a cave located under the mansion full of bats, which was a traumatic experience, despite the prompt rescue of his father.

When he was only eight years old, Bruce watched as the criminal Joe Chill murdered his parents, and escaped, although he would be arrested later. Physician and social worker Leslie Thompkins took it upon himself to comfort the young boy, who was raised by the family’s loyal butler, and his legal guardian, Alfred Pennyworth, at Wayne Manor.

Bruce had few friends during his childhood, and one of them would become his most deadly enemy. Batman, the alter ego of Bruce Wayne, was born into one of the richest families in the world. His life, or at least the idyllic part, would come to an abrupt end with the bullets of an assailant.

After witnessing the deaths of his parents and vowing to avenge them, Bruce was left in the care of the Wayne butler, Alfred Pennyworth. Alfred and family friend Dr. Leslie Thompkins tried to dissuade Bruce from his oath, but failed.

The young man immersed himself in the study of criminology and martial arts and, as a teenager, began studying with the great thinkers and fighters from around the world, forging himself into the perfect crime fighting machine.

More about The Dark Knight Trilogy: