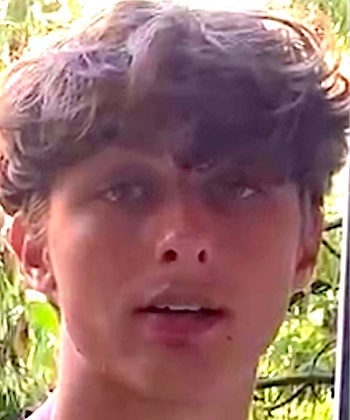 Martin: “Hello my name is Martin and I come from Bulgaria. My goosebump moment was when I spent the first summer with my girlfriend and as it was our first summer, we decided to do more adventurous and memorable things. So one time when we were on the beach, we decided to jump off the tallest cliff that is near the beach and as we went up, we decided it was really high and she got pretty scared, so did I but I didn’t have to show it because we were not going to jump then. So we held hands and on the count of three we jumped. And then we did it a few more times because we liked it so much and that was my goosebumps story.”

Jumping off a gigantic rock, on the coast or in a lake, has become almost one of the most exciting summer activities for young and old alike, featuring on bucket lists and vacation itineraries. There are no special rules or regulations prohibiting people from doing the 9-meter jump from a rock, which makes it even more exciting.

Fans of this amazing risk sport scour the world in search of rocks or platforms from which to launch themselves into the water. It is an extreme sport, indeed, but also one with a long tradition.

Is cliff jumping considered a sport?

Cliff jumping and cliff diving is an ancient athletic activity with the modern attractions of all extreme sports in which the effect of gravity plays the most significant role. As the name suggests, cliff jumping involves the execution of various types of dives from natural features such as cliffs or other high, rocky cliffs overlooking a large body of water.

English explorers who first visited Hawaii in the early 1770s observed the chief of the indigenous people diving into the ocean from cliffs, deliberately entering the water feet first so as to generate hardly any splashing.

Today, this activity is organized internationally through the World High Diving Federation (WHDF), based in Switzerland. The WHDF organizes an annual world championship and has established a system for ranking and evaluating competitions that is similar to the way dives are evaluated in more conventional Olympic settings.

Cliffs, a masterpiece of nature

Cliffs are rock formations that occur frequently in nature along coasts, riverbeds and in mountainous regions. They can be formed by several different natural phenomena, although often cliff formation involves tectonic activity.

Beneath the ground, the earth is composed of large tectonic plates that move around over time. When two of these plates meet, extreme pressure is created that sometimes forces one or both of the plates to rise over time.

This can result in the creation of mountains and cliffs. More violent episodes of tectonic activity can produce earthquakes, which can create cracks in the earth and form cliffs.