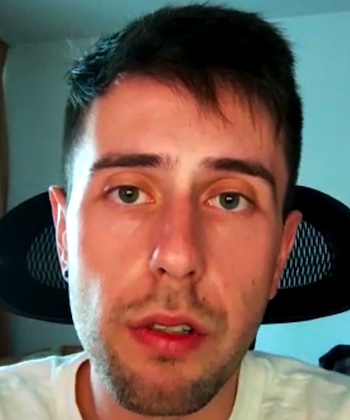 Florin: “Hello, I am from Romania and my last goosebump moment was when I visited the Cotroceni Palace in Bucharest. It is now a national museum where the royal families used to live, up until the 19th century. What impressed me the most was the different architecture styles of the interior. Looking at how different rooms were designed. I felt the effort and hard work that was invested into realizing this masterpiece. The group I was with, we were looking in awe as there were different beautiful styles from Baroque to Gothic and even Scandinavian. We were thinking about the royal families that used to live their normal lives, and we felt how our skin got goosebumps. It must have been amazing growing up there as a child and to be able to run around and explore the whole palace. It was a truly eye-opening experience that I will never forget.”

Controceni Palace is a beautiful mansion that reflects the splendid past of Bucharest and allows its visitors to enter the heart of Bucharest. Visiting its facilities is an great choice when getting to know Bucharest, as it is a beautiful place that allows you to discover the personality of the city in order to learn to enjoy it.

Although the palace is the official residence of the president of Romania, there is an area open to the public which is the National Museum Cotroceni and has more than 20,000 objects, divided into several different collections which include religious arts of the centuries, paintings, and decorative arts, including ceramics, glass, metals and textiles.

History of the palace

The origin of Cotroceni Palace in Bucharest dates to 1679 when Prince Cantacuzino ordered the construction of a monastery on the hill called Cotroceni. At the beginning this place was of religious rather than political character. After two years a church and other buildings had already been erected. Then Prince Brâncoveanu continued the construction work started by Cantacuzino.

The palace was built in 1888, when, thanks to a credit of 1,700,000 lei, which the government had received five years earlier, it was possible to demolish the old houses and build the Cotroceni Palace. The initial plans for the building were drawn up by the architect Paul Gottereau, who maintained a design in which the classical Venetian style prevailed. However, these plans underwent modifications, and the architect Grigore Cerchez created the north wing with a rather romantic air, adding a large room with a terrace, and arches with columns, replicating a loggia of the Horezi Monastery.

In 1896 Prince Ferdinand and Princess Mary began to live in the palace. Later, by 1949 until 1976 the building was the Palace of the Pioneers. But an earthquake destroyed it in 1977 and the restoration took about ten years. The church was demolished by 1984 by order of the dictator Nicolae Ceaușescu. After the end of his rule and the revolution that occurred in 1989, it was decided that the official residence of the president would be the Cotroceni Palace.

The area of the Cotroceni Palace that is open to the public, since 1991, is the Cotroceni Museum. This museum is comprised of the old part of the palace, and the Church of Cotroceni, which after great effort also became part of the exhibition in 2009.

The National Museum that houses the Cotroceni Palace, shows the passage of the different types of government that Romania has had, from the monarchy, the dictatorship to the current democracy, so in the tour of its facilities you will see the contrast between them and the result that each one had in the country. This makes it an important tourist stop in Bucharest.

More about Cotroceni Palace in Bucharest: