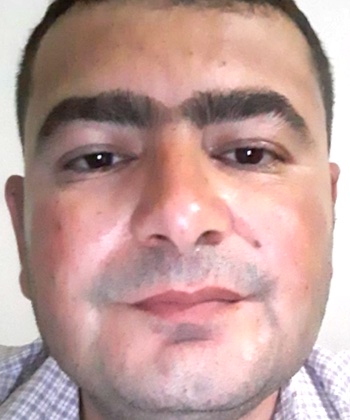 Muataz: “Hello, I am from Lebanon. My goosebump moment was when my favourite actor Denzel Washington got the Oscar for his impressive role in the movie “Training Day”. It was a great moment for me because I am so fond of him, and I love how unique his roles are. Frankly, it was a well-deserved win for such a phenomenal actor. I couldn’t help feeling excited and happy for him to get his first Oscar as a main actor and I was overwhelmed with his emotional speech and character. Denzel Washington is my hero in life.”

One of the most celebrated actors

Denzel Washington is one of Hollywood’s most successful and celebrated actors. Over the course of his film career, which spans over more than four decades, the star of stage and screen has racked up an impressive eight Academy Award nominations for acting, plus one more for producing the 2017 Best Picture nominee, “Fences.”

Possibly Washington’s least sympathetic character to date is Detective Alonzo Harris, a dirty narcotics agent for the LAPD who doesn’t exactly follow the laws he is supposed to enforce.

This is the lesson he teaches Jake Hoyt (Ethan Hawke), a young cop who dreams of being promoted to the elite narcotics squad. This is the first day of training for Jake, who has put himself in Alonzo’s hands to learn the realities of the street. Jake’s dream: To get a promotion so he could move his wife and son to a nicer house.

It was a transformative performance that was highly praised by critics and earned him his second Oscar. Denzel Washington is an impressive actor, often playing a hero or an underground vigilante. He is one of the few black actors who acts so well that, in the end, people who see him forget that he is “black”, but they simply see an incredible actor.

All about Denzel Washington

Denzel Hayes Washington Jr. is an American actor, director, and producer. Known for his performances on the screen and stage, he has been described as an actor who reconfigured “the concept of classic movie stardom”, associating with characters defined by their grace, dignity, humanity, and inner strength.

He has frequently collaborated with directors Spike Lee, Antoine Fuqua, and Tony Scott. He has earned various awards including two Academy Awards, three Golden Globe Awards, a Screen Actors Guild Award, and a Tony Award. In 2016, he received the Cecil B. DeMille Lifetime Achievement Award. In 2020, The New York Times ranked him as the greatest actor of the twenty-first century.

Throughout the 1990s he established himself as a leading man in such varied films as Spike Lee’s biographical film epic “Malcolm X” (1992), Kenneth Branagh’s Shakespeare adaptation “Much Ado About Nothin”g, Alan J. Pakula’s legal thriller “The Pelican Brief”, Jonathan Demme’s drama “Philadelphia” (all 1993), and Norman Jewison’s sports drama “The Hurricane” (1999).

Washington has continued acting in diverse roles such as football coach Herman Boone in “Remember the Titans” (2000), poet and educator Melvin B. Tolson in “The Great Debaters” (2007), drug kingpin Frank Lucas in “American Gangster” (2007) and the airline pilot with an addiction in “Flight” (2012).