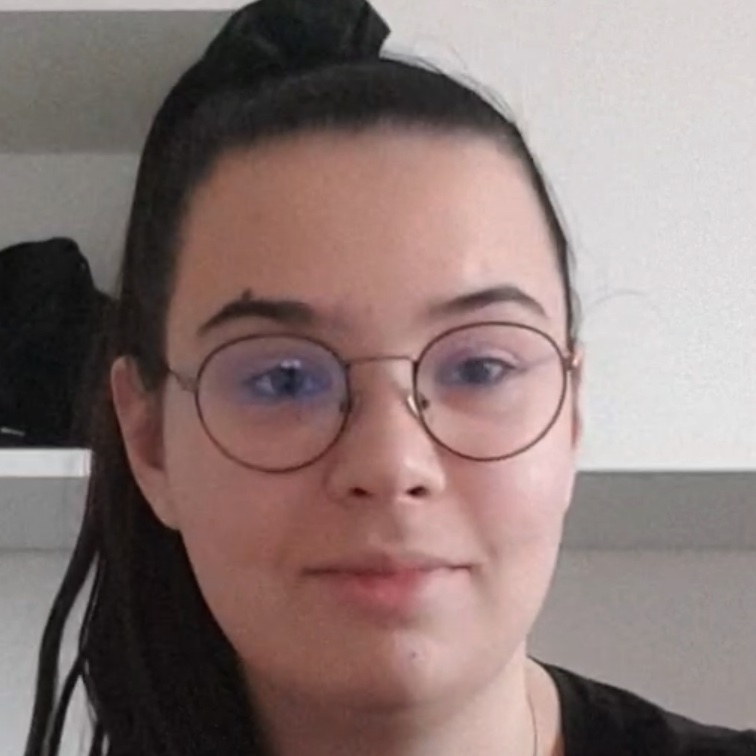 Djokovic vs. Federer: an epic finale

Jovana: “Hi everybody, my name is Jovana, I am from Serbia and this is my GoosebumpMoment. In 2019, Novak Djokovic had to play against Roger Federer in Wimbledon’s finals and it was one of the toughest matches Novak actually had to play in his career. Not only because he was going against Roger Federer, it was also because he had to deal with a really rude crowd for the whole duration of this match. The GoosebumpMoments were really the last moments of the game, when Novak actually won. But the GoosebumpMoment wasn’t just his winning over Roger, it was actually something more. Novak actually taught me a really important thing with that match and that is that if everybody is still against you, if you have nobody by your side, that is okay, just take a deep breath and trust yourself and trust your process and achieve your goals on your own. Other people are really not that necessary for us to achieve our goals, it’s just what we have in our mind and just what we have in our heart. That’s a thing I try to live by every day, while accomplishing some of my goals in my own life. I am forever grateful that I learned something from Novak that day and I hope Novak inspires you the way he inspired me. Thank you so much for watching my GoosebumpMoment. Bye.”

Drama, excitement and happiness. This is how the 2019 Wimbledon men’s final was for many because it had everything and was etched for a long time, for the better, in the retinas of Novak Djokovic and his fans, although for the worse in the hearts of Roger Federer and his followers.

It was a moment that spoke of Goosebumps and that continues to give so much because it was played in a “hostile environment” due to the constant support of the London public for Federer. However, Djokovic decided not to pay much attention to that and had it been different, he had not lasted so many hours on the court. The fact that they were against him gave Novak an added boost that helped him succeed.

Novak Djokovic, Wimbledon champion in the longest final in history

This is how the Serbian deprived the Swiss of adding his ninth Wimbledon despite the fact that Federer had the support of the public in his favor and that he had two match points in favor with 8-7 in the fifth set.

Rivalry between Djokovic and Federer

It all originated in a 2006 Davis Cup tie between Switzerland and Serbia. At that time, Federer was already number 1 in the world, winner of several Grand Slams and true dominator of the circuit. In an epic match, Djokovic came back two sets to one down and ended up winning with a lot of tension in the last two sets.

Roger did not like the attitude of Novak Djokovic too much, who during certain phases of the match showed that he did not feel comfortable and seemed to suffer from physical problems in his leg. Federer did not hesitate to point him out publicly at a press conference when he had the opportunity. This is how they collected it in the book ‘Federer, the Greatest of All Time’, which recalls what happened that night at the Palexpo in Geneva.

Another highly remembered episode was what happened during the semifinal between the two tennis players in Monte Carlo, in 2008. At one point in the first set, a Novak ball was called as bad and Roger Federer approached the line to check it, due to how dubious it was. From the Serbian’s box, they made a comment and he told them to shut up with a ‘Be quiet!’, to end up erasing the mark.

This type of thing penetrated the spirit of the Djokovics, who put the cross to the Swiss. Although Roger and Novak began to have a cordial relationship over the years, what happened previously opened a wound within their circles that did not close even with the passage of time. The two of them have maintained a very respectful relationship off the slopes and they have even been seen joking with each other.