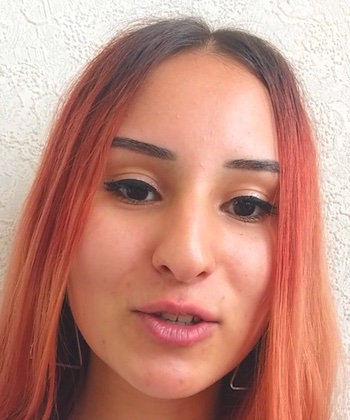 Manush: “Hi everyone, I am from Armenia and my goosebump moment is attending Dolma Festival near the ruined Zvartnots Cathedral included on the Unesco World Heritage list. I was with my friends from Denmark, whom I promised to introduce to the history of place, tell them some legends about the cathedral and, why not, join them in eating delicious Dolmas made with different ingredients like beef meat in cabbage leaves and grape leaves and my favourite one: Armenian traditional Pasuts Dolma, which is a vegan dish. We joined traditional dances with the music of duduk and tasted from the longest Dolma, which was more than 100 meters long. The most intriguing part about the festival was the competition. Different cafes and restaurants were participating in the competition for receiving the honorary title of being called “The Best Dolma Maker” in Armenia.”

An annual event for Dolma lovers

Every year, food lovers from Armenia and beyond gather to celebrate and eat as many Dolmas as possible. Dolma is a stuffed dish that is common in this country and surrounding region. This annual event is all about cooking and eating, as Armenian Dolma makers gather to prepare Dolmas using rare and forgotten recipes.

The cooks participate in a competition for the most unique recipe. During the Festival, visitors can taste more than 60 types of Dolma filled with lamb, lentils, mushrooms, basturma and countless other ingredients.

All about the Dolma Festival

The Dolma Festival in Armenia is an annual festival, also known as Uduli, held near the city of Armavir, Armenia. It started in 2011 and focuses on the appreciation of Armenian cuisine, especially Dolma, a traditional Armenian dish made of ground meat, lamb and spices wrapped in vine leaves, cabbage leaves and vegetables.

During the festival, which showcases around 60 varieties of Dolmas, chefs from Armenia and other countries aim to cook different types of Dolmas. During the competition, festival guests can watch Armenian dances, listen to songs and taste the Dolmas. At the end of the festival, a jury chooses the best chef. The winner receives a special prize: a golden statue.

One of the most popular dishes

Dolma is one of the most popular dishes in Armenian culture. Dolma is prepared from minced lamb or beef mixed with rice, fresh herbs and spices, wrapped in grape or cabbage leaves. Armenians use seasonings such as coriander, dill, mint, pepper and cinnamon. The taste of Dolma varies in each region, including Artamet, Alashkert, Echmiadzin, Mush and others.

Dolma is a family of stuffed dishes in Ottoman cuisine that can be served hot or cold. Some types of Dolma are made with whole vegetables, fruits, offal or seafood, while others are made by wrapping leaves, most commonly grape or cabbage leaves, around the filling. These wrapped Dolmas are sometimes called sarma. Today, Dolma dishes can be found in the kitchens of the Balkans, the South Caucasus, Central Asia and the Levant, the family kitchens of Sephardic and Iraqi Jews, and in Sweden.

In 2017, Dolma making in Azerbaijan and Armenia was included in the Unesco Intangible Cultural Heritage Lists.

One of the highlights of the festival is the competition between cooks and chefs from different restaurants. They enter varieties of Dolma and the jury decides the winners. Participants compete in three nominations: best taste, best appearance and best idea.

The gastronomy of Armenia consists of the dishes and culinary traditions of the Armenian peoples, including the members of the Armenian Diaspora. The history of Armenia shows that after the destruction of the Seleucid Empire, the first independent Armenian state was founded in 190 B.C. by Atarxias, whose successors are known as the Artaxid dynasty and later in the twentieth century were part of the Soviet state, a fact that marked some culinary customs in this country and set a change in the culinary traditions of many centuries.

The Armenian cuisine is characterized by being between the Mediterranean and Caucasian cuisine. It is a set of elaborations characteristic of a nomadic population living in a cold region. With great influences of the Middle Eastern, Russian and Balkan cuisine.

Pomegranate is one of the fruits that symbolizes Armenia and many Armenian traditions are carried out representing this fruit. For example, at Armenian weddings it is tradition to throw a pomegranate against the wall, seeking the blessing of their children. The pomegranate is also the diversity within the union, represented by the grains. Going further, it is also a tribute to the Armenians of the Diaspora.