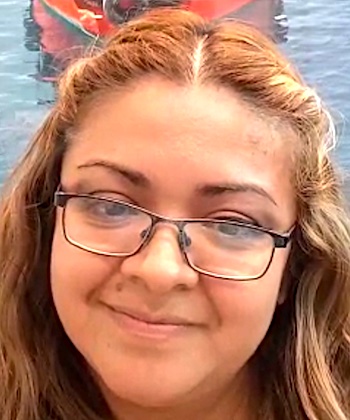 Sara: “Hello! I come from Guatemala. My goosebump moment is from when my son was about to be born, and in the middle of emergencies and health complications of my son things started to get a little difficult. Right around that time, I was using a perfume that I liked a lot, but it was a little hard to find and in those same days the perfume ran out. After a few days everything got better, and things went well. A few years later, my husband gave me that same perfume and from the moment I opened the bottle and smelled the scent, it took me back to the past and to that difficult time. However the feeling I had, was one of gratitude because in the end everything turned out well.”

Transporting us to the past

It is very common that certain fragrances automatically evoke memories. Many times, it has happened to us when we are walking down the street and suddenly smell something in the environment and our mind triggers memories or sensations of our life that produce a feeling of time travel.

We may think that smell is a minor sense, since we pay more attention to visual or auditory stimuli, but the ability of smell to evoke memories gives us a clue about its true importance. It seems incredible that with a simple memory produced by smell, we can be immediately transported to a moment we have experienced in the past, no matter how much time has passed.

The human nose is not as developed as some animals, for example dogs, but we can remember a myriad of smells without any problems and feel any smell that we have previously known. We evoke our memories as if they were stored in individual boxes inside the brain.

The olfactory memory, according to the explanations of the experts, scientifically speaking, is directly related to the limbic system of the brain. It is, in addition to the performance of the olfactory bulb, a structure that is responsible for processing the information sent by the odour receptors. Both factors combined in a perfect way are what develop an excellent olfactory memory, which is completely emotional, unlike other kinds of memories.

The olfactory receptors called olfactory epithelia are found in the nostrils. It is through this conduit that olfactory stimuli are received, and immediately send electrical signals to the olfactory bulb, which absorbs the information and distributes it to different parts of our brain. The amygdala is the organ responsible for associating the aroma with emotion, while the hippocampus oversees linking the smell with a memory.

Do you have a well-developed olfactory memory?

A simple smell can generate an immense desire to eat a specific food, remembering that on some occasion we had already tasted that dish, or it can make us miss a person with just a scent that we had previously associated with them. Olfactory memory can take us to unpleasant memories as well, through smells that are not to our liking, or they can take us to the most beautiful and sweetest moment we have ever had in our lives.

Your olfactory memory is completely personal and unique, it can transport you to a movie theater, to smell the delicious aroma of freshly popped popcorn, or to your childhood home in summer with the intense smell of the sea. You can relive moments in just seconds. You can even remember your grandmother just by smelling the scent of chocolate chip cookies.

Although our nose is not as developed as the animal mechanism, we differ and stand out from them for an important reason. Reason is involved in our process, and that is why we can evoke memories. We can associate smells with experiences. These are stored in the brain directly related to the initial context in which we perceive the smell.

More about how smells trigger memories: