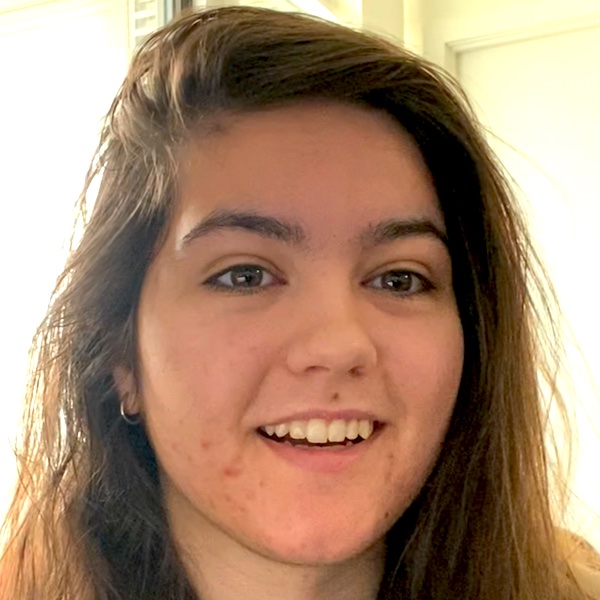 Elizabeth: “I’m from Canada. My last goosebumpmoment is watching the “Friends: The Reunion” that just came out. It was very nostalgic for me because I got to see all of these actors that played the characters that I once knew, and they also played the characters at some point. And being able to relive it in a sense, and kind of have a more wholesome completion, something where I get to look back over 10 years of footage and laugh with them, experience what they experienced. And get to know a little more from the actor’s perspective, as well as the producers, directors, etc. It was very inspiring, and it brought all these emotions out of me because not only is it an inspiration for making films and making tv, but also a success story from all of them. And it brought out a bunch of emotions out of me and a bunch of other fans. And it was really wholesome to have that sort of completion after 25 years.”

“Friends: The Reunion” has been the big TV event of the last few days. The highly anticipated reunion of Jennifer Aniston, Courteney Cox, Lisa Kudrow, Matt LeBlanc, Matthew Perry and David Schwimmer has been the talk of the town following its premiere on May 27.

Originally scheduled to premiere in 2020 as part of the launch of HBO Max, “Friends: The Reunion” reunited the stars of the original series in a special two-hour episode, where they recalled the best moments alongside guest stars. It was certainly a goosebump inducing moment for many fans 17 years after the end of the legendary series.

A reminder of what friendship is all about

This series, with such a peculiar national American humor, has managed to stay relevant and this special episode reveals that the artists still have that spark intact.

In the beginning, the episode starts with a tone of homage, when one by one they enter the studio door and some of them are very moved. Filming for this special took place on the original set of the series, Stage 24, at the Warner Bros. facility in Burbank, California.

“Friends: The Reunion” plays on the memories of the performers in such a poignant way, as well as the creators of the series. Scenes of the crew, replaying dialogue at a script-reading table, combine with reference to clips from one-off episodes, and it’s all accompanied by testimonies from the directors and producers.

The set, which was partly outdoors because of pandemic precautionary protocols, included the iconic water fountain in which the cast appeared at the beginning of each episode of the series, with the same song by The Rembrandts: “I’ll Be There For You”.

What does “Friends” mean to the world?

It will always make us laugh to see the couple of friends sitting on the couch all day without going to the bathroom, or Rachel’s naivety and spontaneity with her romances. That’s “Friends,” the series that was translated into 18 different languages and the most successful series of the 1990s that has found a new generation of fans thanks to reruns on television and streaming services like Netflix.

When the first episode of “Friends” aired on September 22, 1994 on NBC, few people imagined the impact the series would have on the world. Many saw it as just another sitcom, one of the many that already filled the American screen. Almost everyone doubted the six main characters, at the time virtually unknown actors.

“Friends” was not only one of the most watched TV series, it became a cultural phenomenon of the 1990s. One such phenomenon was Rachel’s haircut, which was copied by more than 11 million women in the UK alone.

This series revolves around the universal concept of friendship and tackles a recurring theme in fiction: the complicated passage of young people into adulthood. But it approaches it with a look that reveals the change of social paradigm that was happening in the 90s.