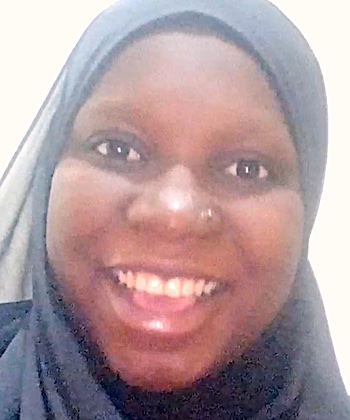 “Hello! My name is Harriet, and I am from the Gambia, and I want to talk about my goosebump moment. My goosebump moment was when my country was playing and was qualified for the first time for AFCON, The Africa Cup of Nations, for the first time. And whenever I heard the boys playing, I was excited, happy. But the most exciting part is that whenever I heard them that they win from the other team. I was excited to celebrate with family. We stayed up late and we had friends go outside. The way we celebrate it is that we always go together, get inside the car, and have fun, and celebrate our country. That is my goosebump moment and thank you for watching.”

Gambia surprised at the Africa Cup of Nations

Gambia, a country of just over two million people surrounded by Senegal except for its western coast, which sits on the edge of the Atlantic Ocean, managed to qualify from a group that also included Angola and powerhouse DR Congo.

Coach Tom Saintfiet took charge of The Scorpions on their AFCON debut in Cameroon after his third contract extension with the West African country, whose players all play outside the country.

No one predicted that Gambia would be able to advance to the knockout round, let alone reach the quarterfinals.

A team with a strong mentality

In the round of 16 against Guinea, Gambia won 1-0 with a goal by star player Musa Barrow to qualify for the quarterfinals of the African soccer tournament. They were thus two games away from the tournament’s title race.

After this triumph, the small African republic of Gambia became a beacon of hope. Although it has one of the lowest GDPs (Gross Domestic Product) per capita in the world. The eyes of the world were on their national soccer team for what they did in the Africa Cup of Nations, as they left Mauritania, Mali, Tunisia and Guinea in their wake.

For the players of this team, the key to success is the hard work and determination they all have together. That’s why they achieved these goals by believing in themselves. “We don’t have stars in the team. We are one Gambia, one nation,” said Bubacarr Sanneh, a Gambian national team player with significant experience in European soccer, having played for Anderlecht of Belgium.

What you need to know about the Africa Cup of Nations

This tournament is made up of six groups of four participants, and then the first two places plus the four best third-placed teams qualify for the Round of 16.

The coronavirus pandemic forced the postponement of this tournament, which is why the name of the tournament has been kept as 2021 for branding reasons. It was held with 24 teams from January 9 to February 6, 2022, in Cameroon.

A total of 52 matches were held in the regions of Limbe, Douala, Yaoundé, Bafoussam and Garúa. Japoma, Paul Biya, Ahmadou Ahidjo, Roumdé Adjia, Kouekong and Limbé were the stadiums that hosted the matches.

More about Gambia’s qualification for Africa Cup of Nations: