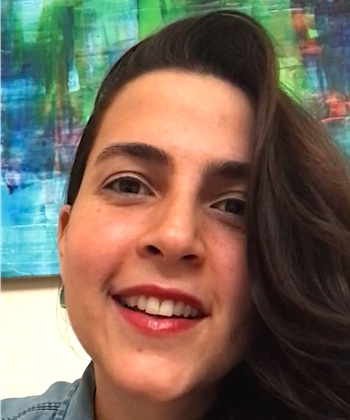 “Hello, I am Fiona and I come from Albania. My goosebump moment is the first time I arrived at Gjipe Beach in the Albanian Riviera. It is a secluded place that opens up at the end of a canyon that you can only reach by 4×4 or via hiking. I was staying in Vuno, a town nearby, and I decided to hike there with my friends. After one hour of walking through the most beautiful scenery, olive tree fields, and sheep and goats, we arrived at the top of the canyon and looked down over this breathtaking place. I have never seen anything like it before, it was amazing. The crystalline beach, the canyon opening up, the caves you can swim to… It is truly a paradise, a hidden gem in the Ionian Sea, and I will forever remember the first time I went there because it remains one of the most touching experiences of my life. Hiking to Gjipe Beach in Albania is, without a doubt, a goosebump moment for me.”

Gjipe Beach, a paradise on the Albanian Riviera

Albania, the Land of Eagles, is a small country in the heart of the Balkan Peninsula. A region historically convulsed and culturally very diverse, where you can hear a multitude of languages spoken. A region where, despite all the differences that separate its inhabitants, customs, traditions and gastronomy cross borders.

Albania is a daughter of the Mediterranean, the waters of the Adriatic Sea and the Ionian Sea break on its beaches and cliffs. Very close to the point where the two seas meet, begins the coastline known as the Albanian Riviera. There we can enjoy what for many is a paradise in Europe and one of its most beautiful beaches: Gjipe or Gipea.

A hidden beach near the Gjipe Canyon, it is one of the most picturesque beaches in Albania. It is not visible from any road, as it is well hidden behind the steep slopes of the mountains.

It is not easy to get there, and it is only possible by car + walking. Follow the route on Google maps, be prepared for a dirt road and park in the huge parking lot under the pine trees (you will see signs for it). Wear comfortable shoes instead of flip-flops.

From the parking lot, follow a marked path for about 30 minutes on foot in spectacular scenery – the view over the sea and the distant mountain on the shore is breathtaking! You will also see some bunkers clinging to the slope just off the path.

The beach itself is wonderful, with bright sand and splendid shallow waters. It has plenty of free area, but there is also the option to bring an umbrella. There are a couple of bars, so you can eat and drink something simple.

There is also a campground behind the beach. The nearest town to the Gjipë Canyon is Dhërmi.

What was until recently the most unknown country on the European continent has become an emerging destination. Hence the interest that now awakens to know its medieval cities and fortresses, its mountains, and immense lakes, and, above all, its beautiful coastline, a riviera so called because of the Italian influence, but, above all, for the light and joy of its coves, villages and beaches.

A trip to Albania in summer requires a visit to the so-called Albanian Riviera. It is the destination with the best view of the country and a perfect place to go to in the summer.

Its name seeks the simile with the French Riviera, the well-known Côte d’Azur. Saving the distances, in the Albanian Riviera you will not find Saint-Tropez, Nice, Cannes or anything that resembles them, but a beautiful coast barely inhabited, but with crystalline waters.

The Albanian Riviera is a succession of beaches that are spread along the coast between the city of Saranda, in the extreme south of the country, and the Llogara Pass, a mountain pass of more than 1000 meters of altitude that rises above the sea itself.

In general, Albanian beaches have small pebbles, calm waters, and little urban development around them. Few places offer deserted beaches and crystal-clear waters as Albania. Many of them barely have a couple of small bars or restaurants on their beaches.

More about the Albanian Riviera: