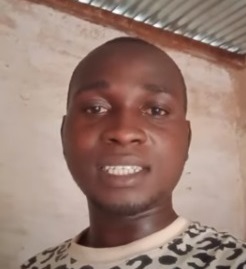 “Hello! My name is Jean Didier. I am from Niger (West Africa). My goosebump moment is about a particular motivational video of Jack Ma I saw for the first time on YouTube. In this video, he talks about his history, the difficulties he faced in his life. He failed more than six times in college and university. He has been rejected thirty times from jobs for which he submitted proposals. He has been rejected ten times from Harvard university. What I understood in this video is, no matter how things are very hard for you today, the only thing you have to do if you have some dreams to achieve, is to keep believing in them and fight for them. Jack Ma fought for his dreams and today, he became one of the richest people in China. Thank you!”

An inspiration for thousands of people

Jack Ma, the richest man in China, has left countless phrases about business and life in his many conferences and interviews that have inspired hundreds of people.

Ma is an example of perseverance and ability to overcome life’s setbacks. However, his professional beginnings were not easy. He struggled to find a job, as he was rejected from thirty applications, as well as ten times for admission to Harvard.

In fact, he had to enter the university in his hometown, and that after failing twice.

Who is Jack Ma?

Jack Ma was not born into a golden cradle, dynasty or lineage. He founded his company, Alibaba, with just US$60,000. Today his empire is worth US$25 billion, within an industry that is constantly growing: e-commerce.

To be more certain about the magnitude of his company’s value, Alibaba is worth more than Facebook and processes more products than Amazon and Ebay combined. The success of this Chinese company would not be possible without Jack Ma’s leadership and philosophy to consolidate the business.

In his first visit to the United States, Jack also had his first contact with the Internet, something nonexistent in China, when he did a search on a beer from his country he found zero results on it, so it occurred to him that business would have to have a platform to be everywhere.

A first attempt was made in 1995 when he founded Yellow Pages, dedicated to designing websites for local businesses. By 1999, together with 17 partners, he founded what is now Alibaba, the result of that first thought he had in the United States.

Alibaba began as a B2B company, that is, it connected Chinese manufacturers with foreign companies, incorporating a system of ratings and evaluations to generate greater trust in the relationship.

In its early years the company did not seem to be profitable, however, little by little motivated by his dreams and a constant struggle, he made it.

Today Alibaba moves 80% of e-commerce in China, in addition to having other platforms that complement the business, such as AliPay, a platform similar to PayPal, but designed for the Chinese culture.

An example of resilience

If there is one person who knows the meaning of resilience, it is Jack Ma. He was recently appointed advisor to the United Nations Conference on Trade and Development for young entrepreneurs and small businesses. But it wasn’t easy getting there.

He himself admits that he was a lousy student, took several years to get into college, applied 10 times to Harvard and never made it. Once he graduated, he applied for 30 positions, couldn’t even get into a KFC and was fired from McDonald’s.

For the first three years Alibaba did not generate any profit and was on the verge of bankruptcy.

The recipe for reaching the top has been nothing more than endurance, perseverance, wanting to achieve a dream and knowing that falls are allowed, that they are part of success but that you have to know how to get up.