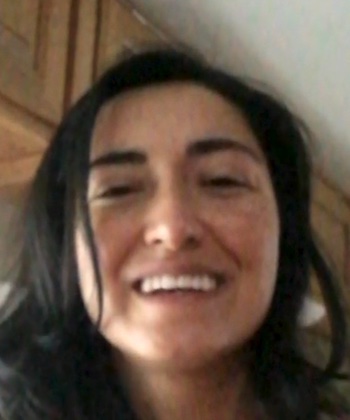 Jellyfish near the coast of Alaska – Carol’s goosebump moment

Carol: “Hello. I am from Costa Rica and my goosebump moment was when last year me and my partner went sailing throughout the southeast coast of Alaska. We went to this beautiful fjord that was completely away from civilization and when we anchored our boat in this amazing place, we saw at a distance a huge whitish spot in the water and we really didn’t know what it was. So, we got into our dinghy, went over there and to our surprise there were millions and millions of jellyfish, all sizes, just floating around and yeah, the water was just filled with them. So, it was just out of this world crazy, beautiful, beautiful!”

Alaska’s wildlife is varied and abundant, from the land to the sea. This was evidenced by a strange sequence of arctic jellyfish gliding along the bottom of the Chukchi Sea in Alaska. They were captured by a small underwater robot by a group of researchers. The research, published in Marine Ecology, shows how a species of large jellyfish known as Chrysaora melanaster can survive the Arctic winter in its adult form. A life stage known as medusae.

Prior to these observations, made between 2011 and 2014, it was thought that conditions in the sea were too harsh for adult jellyfish during the winter months, and that the species could only survive under Arctic ice during its stage as a polyp, a marine invertebrate that releases small baby jellyfish in the spring. No doubt the discovery of this species was a surprise and a goosebump inducing moment for many.

How were these images of the arctic jellyfish captured?

To capture the footage, marine biologist Andy Juhl and his colleagues at Columbia University’s Earth Institute set out on snowmobiles from Barrow, Alaska, to various locations along the frozen Chukchi Sea.

After drilling holes through the ice of more than a meter deep, the researchers sent a small underwater vehicle with a camera through the frigid waters. To their amazement, the submersible captured amazing images of these huge jellyfish. Some of them were trailing their half-meter tentacles behind them. Jellyfish use these tentacles to snatch food from the seafloor.

How do jellyfish survive the arctic cold?

According to the research, this species can live in its adult form during the winter months, and possibly even live for years. Researches even say cold winters are good for jellyfish; the thick layer of sea ice can act as a shield, protecting them from the turbulent waters. Meanwhile, the cold water slows their metabolism down, allowing the jellyfish to subsist on extraordinarily little food.

In fact, this area of Alaska is subject to drastic changes in jellyfish numbers each year. Some years there are almost none. Other years there are so many that fishing nets are inundated with them. On a more worrisome note, warming waters caused by climate change could be bad for northern jellyfish. They benefit from cold water and ice cover, unlike other jellyfish that are among the biggest beneficiaries of global warming.

Jellyfish behavior depends on external factors such as food supply. Its ability to swim is given by the pulsations of its upper body or bell and it does so horizontally, keeping the bell close to the surface of the water. This allows its tentacles to be spread over a large area so it can easily capture its food.

Although most jellyfish are marine animals, some inhabit freshwater. Some other jellyfish populations are considered exclusive to lakes, such as the lake jellyfish in Palau.

With so many climatic regions and the vast space of this state, it is easy to focus solely on Alaska’s wildlife, such as the Alaskan brown bear and Dall sheep. However, Alaska’s waters are also teeming with creatures large and small. There is no better place to see marine wildlife than the deck of a cruise ship in the waters of Alaska’s Inside Passage. These waters are among the prime feeding grounds for a variety of marine animals during the summer, and you will have a front row seat to see this spectacle.

The Alaska Inside Passage waterway stretches out for 1600 kilometers from Puget Sound in Washington to the Gulf of Alaska. The passage winds its way through islands, fjords, mountains, glaciers and protected wilderness areas of the Pacific Ocean.

The humpback whale is the most common species seen along the Inside Passage. They can reach up to 15 meters long and weigh up to 35 tons.

More about the jellyfish near the coast of Alaska: