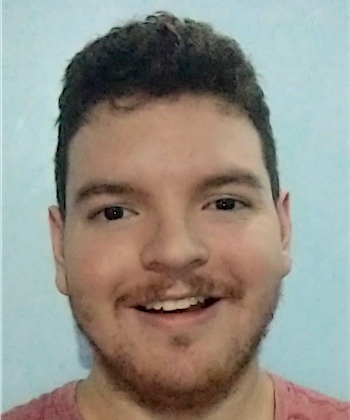 “Hi, my name is Laurie. I come from Grenada. My goosebump moment is when Kirani James won the gold medal at the 2012 London Olympics. So, the Olympics are the biggest sporting event in the world, and everybody’s always so excited to see what is going to happen and see who is going to win the gold medal. My family, really, we are not different. We love to watch the Olympics, but 2012 was special. It was special because Kirani James was running and he was representing Grenada at the 400 meters, and it is always so nice to see somebody from your country representing it. Everybody in the country was buzzing, and then the race happened. It was 43 seconds, but all those 43 seconds felt so special. And he won, he actually won, and everybody felt so happy. That is my goosebump moment.”

In 2012, history would be written when Kirani James, a 19-year-old Grenadian, ran a time of 43.94 seconds on the 400 meters to win gold. It was on August 6, 2012 when Kirani James won the men’s 400-meter dash at the London Olympics, becoming the first person from Grenada and the Organization of Eastern Caribbean States to win an Olympic gold medal.

James led a Caribbean medal avalanche in the event, with Luguelin Santos of the Dominican Republic taking silver (44.46 seconds) and Lalonde Gordon of Trinidad and Tobago taking bronze (44.52 seconds).

Presenter George Grant considered Kirani’s victory as an event that should encourage more Grenadians from abroad to collaborate in the growth of the island.

Kirani James, the king of the Caribbean

Since it began competing in the Olympic Games in Los Angeles 1984, the tiny Caribbean nation of Grenada had won a total of three Olympic medals by 2012, all in the sport of Track and Field.

Their first breakthrough to the Olympic podium came at London 2012, when Kirani James raced straight into the record books with a new national record of 43.94 seconds in the men’s 400 meters. More importantly, Kirani won the first Olympic gold medal, the first medal period for Grenada in its history.

Four years later, Kirani did it again, once more standing on the Olympic podium in the 400m, this time winning silver behind new world record holder Wayde Van Niekerk of South Africa.

Then at the 2020 Tokyo Olympics, Grenada earned its third consecutive podium finish at the Games and you guessed it, it was none other than Kirani James once again winning the bronze medal in the 400m.

Three Games, three historic medals, all from the same man. Kirani James is an undisputed legend in his country and in Olympic history, leading a nation to heights never seen before. Now his country waits patiently to see if he can make it four for four at the Paris 2024 Olympics.

Who is Kirani James?

Although born in St. George’s, Kirani, who earned the nickname “the jaguar,” grew up in the fishing village of Gouyave. His father and brother played basketball, a sport he played himself as well. He attended the University of Alabama, and his coach is former Olympic and world champion Harvey Glance.

He began his track and field career at the SpeedZone Track and Field Club in Grenada, and at the age of sixteen he was already clocking a time of 45.01 seconds in the 400 m dash. In youth world championships, in that same event, he participated in Ostrava 2007 where he won second place. In Bressanone 2009 he placed first in both the 400 m and 200 m.

In junior championships he took second place in Bydgoszcz 2008, and first place in Moncton 2010.

Daegu 2011 was his first participation in a world championship in athletics, and at the age of 18 he won the title of champion beating the then world and Olympic champion, the American LaShawn Merritt with a time of 44.60 s, becoming the youngest to win a world title in that event.

Kirani James was also one of the winners of the Diamond League that year. In November, he crowned the season with the recognition of “Promising World Athletics” by the IAAF along with Germany’s Christin Hussong.