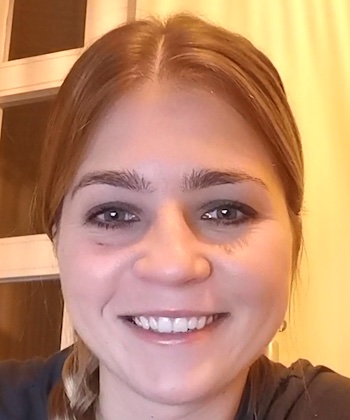 Justyna: “Hello. I am from Lithuania. My goosebump moment is related to the discovery of the Lithuanian Community in Chile, South America. Lithuania is almost 14 thousand kilometres away from Chile, so the least I would have expected was to find a bunch of Lithuanian ladies who have created their lives over here. The most surprising part is that there is even a functioning online Lithuanian language and culture school for the kids, and yes the little ones are more than excited to learn about Lithuania. Although the community has been officially created only as of the end of August, 2020, there are regular meetings within the Lithuanian group. The ties with Lithuania are also maintained by participating in official representations e.g. “Lithuanians in Chile”. It makes me happy that being so far away, I am not only able to immerse myself into a new life and language, but also not forget my roots!”
(<<)

A Lithuanian Community in Chile

After being expelled from Lithuania following the Russian domination and the devastations of World War I, most Lithuanian immigrants settled in Latin American countries during the 1920s.

Chile was one of those countries where Lithuanians settled in search of a better future and gathered in communities, both official and unofficial groups, to preserve their language and traditions and stay united far from home.

The independent state of Lithuania, re-established in 1918, had inherited only the ruins of a fallen economy and, for a time, was not in a position to help its needy people because its underdeveloped industry and businesses could not provide employment for all the people who needed to work.

Thus, after Russian exploitation, two wars, an underdeveloped economy, a depression and finally communist, religious and political persecutions, many Lithuanians moved to the United States, Canada, Australia, other countries in Europe and South America.

As migrants they faced many difficulties trying to adapt to ways of life they were not used to, among dissimilar people speaking unfamiliar languages. In addition to their mother tongue, they knew Russian and Polish, as well as some German, English and French, but none of them had any knowledge of Spanish or Portuguese. Despite this, about 100,000 Lithuanians settled in Latin America.

As a result of this diaspora, many gathered in communities around the world, both in official and unofficial groups to celebrate Lithuanian festivities and preserve the language and heritage of their country.

Although most immigrants of European origin come from Western Europe, there are some smaller communities from Eastern Europe and the Caucasus who came to the country mainly to escape persecution during the first half of the 20th century.

The Eastern European immigrants were mainly Jews arriving in the mid-20th century from the former Soviet Union, Poland, Hungary, Romania and the Czech Republic who came to the country escaping from National Socialism and Communism between the 1930s and 1950s.

The Lithuanian World Community is a non-profit organization established in 1949 to unify the communities abroad, which currently number 36.

The history of this organization dates back to 1932, after Lithuania established a fund to support Lithuanians in foreign countries, one of the first attempts to maintain closer ties between the Lithuanian diaspora and Lithuania.

More about Lithuanian Community in Chile: