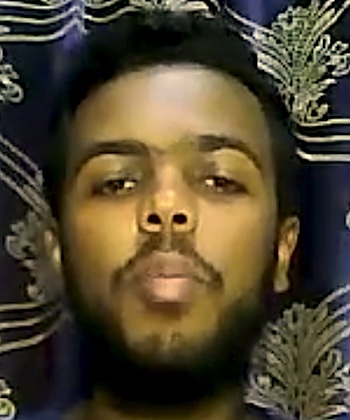 “Hi, I am Yedidya from Eritrea. My goosebump moment was the time where Liverpool beat Lionel Messi’s Barcelona 4-0. Since I was fifteen, I’ve been fan of Liverpool. At that time, I was so shocked, oh it was unforgettable. In the 2018-19 European Champions League semifinal we were drawn to meet football club Barcelona. During the first week we were beaten three – zero. A week after the second league began, I was hoping that something would happen. Our start was good and we scored the first goal at seven, then with an outstanding performance and one – zero score the first half ended. After 79 minutes on the second half Wijnaldum scored two goals. Oh, it was unbelievable. I cannot forget that header. The score became three aggregates. At seventy-four guess what happened? Origi scored a goal that made us a leader. Oh God, I was so excited, I shouted in the midnight, kissed the TV and ran to wake my father and tell him that we passed to the final by making history. I don’t remember the time my heartbeat so fast like that day.”

Liverpool Football Club lived an epic moment in 2019 that will be remembered throughout history. The team led by German coach Jürgen Klopp thrashed FC Barcelona 4-0, overturned a three-goal deficit, and reached the Champions League final.

The English team, which arrived at this match without its two main stars: Mohamed Salah and Roberto Firmino, managed to come back from a score that seemed impossible and qualified for the final to be played on June 1 at the Wanda Metropolitano stadium in Madrid.

The truth is that Liverpool was far superior to FC Barcelona for most of the match and after just 7 minutes, the English team took the lead through Divock Origi. That goal got on the nerves of the fans of both teams.

As the minutes went by, Ernesto Valverde’s side settled down and although Liverpool kept the ball, they could not do any damage in goalkeeper Marc-André ter Stegen’s area.

The second half was all about the Reds, who crushed the Culé team in an Anfield that lived an impressive party. After 54 minutes, Georginio Wijnaldum made it 2-0 and just two minutes later, the same Dutch midfielder (of Surinamese origin) equalized the series.

The final goal came in the most ingenuous way possible. In the 78th minute, when a corner kick was being taken, Trent Alexander-Arnold latched on to it and nimbly flicked it on for Divock Origi to score the fourth goal once again.

Following this 4-0 win for Liverpool and Barcelona, the Dutch press focused its coverage of the match on the role of Dutchman Georginio Wijnaldum, the England player who came on after the break and scored two goals in less than two minutes.

The match played in London was the most watched match on Dutch television, with some 2.2 million viewers, while the post-match program was the third most-watched program, with 1.4 million viewers.

Wijnaldum, at the age of 16, became one of the earliest male debutants in the Eredivise. He did it with Feyenord’s first team. He was there from 2007 to 2011.

Once his time with the Dutch club was over, PSV signed him for around five million euros. It was in that team where he broke through as a goal scorer. He scored 40 goals in 109 games played.

His arrival at Liverpool was on July 22, 2016 when the sale of the Dutch player was confirmed for 25 million. Undoubtedly another excellent season on a personal level made more clubs interested in him again.

Messi cried after the defeat

After the defeat, Argentine striker Lionel Messi cried inside the locker room. All his teammates were there to see how one of the best in the world failed again in the most important competition at club level. In the locker room there was absolute silence, only interrupted by Messi’s tears. He was the most hurt by the disappointment in the Champions League.

The player was expected to be one of those who spoke out after the debacle against Liverpool at Anfield, but it was not the case. Lionel Messi did not speak to the media and only Busquets and Luis Suarez spoke to the press in the mixed zone of the legendary English stadium. The former, in addition, also showed his face on the pitch, where he was seen frustrated and avoiding crying because of the ridicule he had suffered.