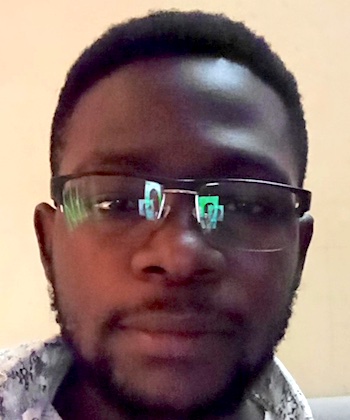 Armand: “Hello, I am from Burkina Faso. My goosebump moment goes back to 2019, the match between Liverpool against Barcelona. I am a football fan. That was an unbelievable moment for them! The players really gave all they had. They played well, they scored four goals and they came back against Barcelona in the second leg. That was an unbelievable moment, I was really happy for them at the end. That was a memorable moment in football, and I was really happy, this moment is unforgettable for me. The way they played, the team got engaged in everything, with every ball. That was brilliant.”

Liverpool does the impossible

Liverpool was the protagonist of a feat in May 2019 at Anfield, where they humiliated Barcelona 4-0 after losing the first leg semi-final 3-0 at Camp Nou.

The team coached by Jürgen Klopp, who had anticipated that this would happen, were missing two of their main stars: Mohamed Salah and Roberto Firmino, who were absent due to injury, but they were able to beat one of the best teams on the planet nevertheless.

The match started in the best way for the home team, who found the goal in the first dangerous action. After six minutes, Henderson was one-on-one with Ter Stegen after a Sané attack on the right, but the Spanish goalkeeper blocked his shot. The rebound fell at the feet of Origi, who scored with the goal gaping to make it 1-0.

Ernesto Valverde’s team reacted quickly and in the next 10 minutes had two clear goal situations, both by Lionel Messi. One of them with a mid-range shot from the left side of the attack that was blocked by Alisson Becker and the other, a cross shot from the right side that went wide.

But as the minutes went by, the pace of the match slowed down and, apart from a few approaches from the English team, there was not much action in the penalty area and the first half ended with a 1-0 scoreline.

What seemed like something epic before the game, became a reality in just 10 minutes. Without Salah and Firmino, the hero Jürgen Klopp needed was Georginio Wijnaldum, who came on at halftime in place of Andrew Robertson. The Dutchman made it 2-0 after eight minutes, with a powerful shot down the middle that eluded Ter Stegen. Two minutes later he headed a cross into the box, under the gaze of the Barcelona centerbacks, to make it 3-0.

The two goals were a blow to the heart of Barcelona, who fell to pieces, lost control and were completely overwhelmed by the situation, despite being a goal away from qualification. And so it was that Liverpool got their fourth goal. Alexander Arnold’s clever corner kick found the entire Barcelona defence asleep and Origi alone in the six-yard box to make it 4-0.

Thus, the English team made the clock run and circulated the ball and practically did not receive any attacks from Barcelona, which was stunned on the field because of such a comeback from the local team.

More about Liverpool against Barcelona: