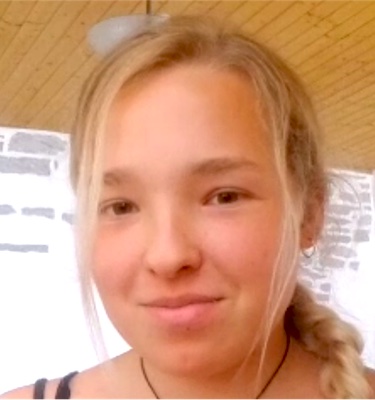 Maasai culture, one of the biggest tribes in Kenya – Kirke’s goosebumpmoment

Kirke: “Hi! I come from Estonia. My goosebumpmoment is from Kenya. I’ve been traveling my whole life and I’ve seen different cultures and different people, but my biggest culture shock took place in Kenya just a few hours from the capital Nairobi. Me and my partner, we were traveling and we were accepted into the Maasai culture, into the family of one of the biggest tribes in Kenya. And they, when we arrived, they greeted us with dancing and singing and all the local traditions and the food. Almost the whole village had come to see us just because we were white people. That was one biggest shocks of my life and I think I’ll remember it until I die.”

When it comes to safari, visiting a Maasai village is almost a must and a way to learn a little more about the traditions of this community. The Maasai inhabit the lands of Kenya and Tanzania. A former tribe of warriors, today they are semi nomadic shepherds who seek grass in the lands of the Maasai Mara and move their herds in order for the grass to grow again.

The total number of Maasai is around 850,000, and although their life revolves around cattle, there are Maasai who have a job and who live with respect for their traditions.

How do the Maasai live?

There is no proper tribal chief, but the Maasai have a very hierarchical organization around the ages and groups of men. Their vital phases go from childhood, they pass to minor warrior and then to major warrior to end up being adults. They are organised into clans and as they go through each of these phases, they also assume their rights and duties.

At the age of 16. they become adult warriors and are circumcised. From this moment on, they are ready for the most complex tasks, such as hunting.

The Maasai town is called a “boma” and has a circular shape. It is a set of huts made with adobe and manure called manyatas. It is fenced in by a thorn-filled acacia fence to prevent attacks by wild animals and the livestock from running out of control.

The more head of cattle you have, the more important you are. Wealth for the Maasai is measured in livestock. It is their main source of food, from which they get meat, milk and blood. As semi-nomadic shepherds, having many animals symbolises power and wealth, a very relevant aspect when it comes to getting married, since the dowry is materialised in animals.

The society within the tribe is divided into three groups according to age: boys and girls, youth and adolescents, adults. Adults are also divided according to whether they are male or female and whether they have children or not.

The children’s work is to watch over the cattle, while the women milk the animals. They also sweep and clean the houses and the camp, and when the sun cracks the roof of the houses they give it a new coating. The time that they have left, they use to make necklaces and ornaments with colored pearls.

How do Maasai boys become men?

To officially become men, in the past young Maasai had to hunt a lion. An initiation rite which said that for the Maasai to become warriors, they had to kill a lion with their bare hands as a test of manhood.

Today, due to the protection of the lion population at risk of extinction, this tradition has been transformed into a mock celebration. What’s more, many Maasai warriors are becoming lion guardians and protectors thanks to initiatives like Lion Guardians.

Polygamy in the Maasai tribe:

As in almost all tribes in Africa, the practice of polygamy is common in the Maasai tribe, for whom having many wives is a symbol of power. Normally, marriages are arranged by the parents from the time the girls are small.

Despite this, the tribe allows them to associate with young warriors before marrying. They are dedicated to taking care of the children, the house and making ornaments such as necklaces and beads.

Safaris, a success in Kenya

Every year thousands of travelers from around the world visit Kenya to see the wonderful wildlife and nature it offers, in a leading tourism country that deserves to be explored at least once in a lifetime.

Kenya, a country where lions, leopards, elephants and buffalo roam freely in the Savannah, is the main reason why safari trips have a successful reference. The adventurers who have embarked on the Kenyan adventure assure that the best thing about Kenya is its nature.

This country is home to some of the best accommodations in Africa, luxury activities and unforgettable experiences, unique destinations throughout the continent, and also a history, vegetation and sensations in an absolutely growing environment.

Undoubtedly, the Maasai village is one of those that arouses great interest in tourists and there are many villages adjacent to the roads that link Arusha and Serengeti which have been converted into museums or theme parks.

Longido is located in the remote north of Tanzania, just above Mount Meru and near the Kenyan border. This part of Tanzania is the heart of the Maasai land, and you will often see a flash of red through the trees as the Maasai cross the countryside.