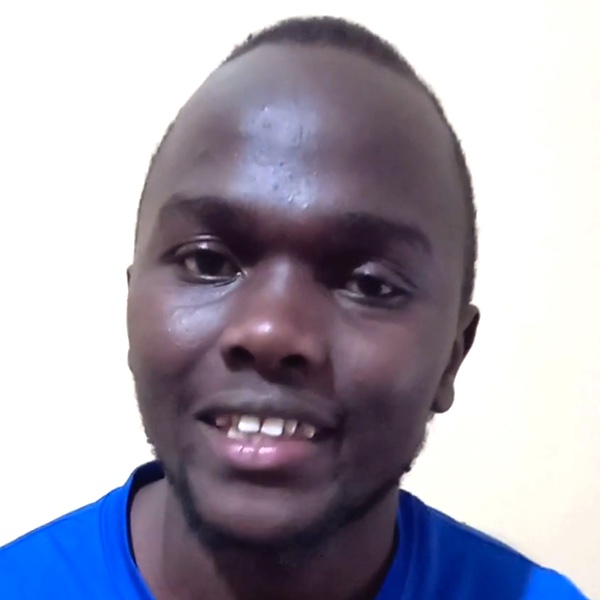 Patrick: “I am from Kenya. My GoosebumpMoment was on October 20th, 2019. And what happened is I am a big football lover, and it was this big champions league game. So I support Manchester United, and my team was playing against Paris St Germain, otherwise known as PSG. It was on this quarter-final knockout stage for the European EUFA champions league where Manchester united was trailing. It was the second leg of the knockouts, and Manchester United was trailing PSG two goals. The game was being played in Paris. So what happened is that the game turned over, and Manchester United ended up scoring three goals to three in aggregate. Now the GoosebumpMoment was that the 90th minute when Marcus Rashford scored a penalty tying the goal aggregate for Manchester United, meaning that we were qualifying for the semi-finals and knocking out the famous PSG. That moment right there is my GoosebumpMoment. Where I come from, football is a big thing. Everyone loves football; women, children, men, all alike. So football culture really keeps things competitive here, and that was a big match! So that was my GoosebumpMoment. Thank you, guys!”

Marcus Rashford certified the pass to the quarterfinals for Manchester United in 2019 by transforming a penalty that the referee decreed after consulting the VAR by Kimpembe’s hand inside the area. With determination, and in the absence of Paul Pogba as the main thrower from eleven meters, the British player beat Buffon to strike at PSG.

A significant penalty for the young forward, not only for turning the tie around, but also because it was the first he had taken since his debut as a professional footballer in the 2015/16 season, when he played the second leg of the round of 32 of the Europa League against Midtjylland due to Martial’s injury.

It was an impressive final at the “Parc des Princes” stadium in Paris that March of 2019. PSG was eliminated in the last minute and in a surreal way against a Manchester United that had no way to hurt.

The English team dominated the scoreboard and was just one goal away from qualifying, but the locals dominated the ball and did not suffer in defense. They even had their chances to sentence.

However, at the end of the game a desperate shot from far away collided with Kimpembe’s hand. The referee signaled a corner kick at first, but then he reviewed the play with the VAR and gave a penalty. Marcus Rashford marked and silenced thousands of spectators who watched in disbelief as a new unusual elimination punished the opposing team.

He was born on October 31, 1997 in Manchester, England, and grew up in one of the most deprived areas of the city.

He was formed in the lower divisions of Manchester United since 2014, a club in which he went through all the categories showing all his talent in each one, until he managed to be promoted to the first team.

On February 25, 2016, he was summoned by coach Louis van Gaal to face the second leg against Midtjylland, corresponding to the round of 32 of the Europe League. Due to an injury to Anthony Martial in the pregame warm-up, Rashford made his professional debut in that match.

In addition, he was able to score his first professional goal in the victory of his team 5 to 1, thus sealing the classification to the round of 16 with an aggregate score of 6 to 3. The player also became the youngest scorer in the history of the Manchester United in a European competition.

The youngest of five siblings, he has spoken of his own experience of food poverty, saying he relied on free school meals and “the kind actions of neighbors and coaches.”

At 22, the Manchester United striker has become the voice of the most vulnerable children in not only England, but in the world as well.

Through his followers on social networks, the young football player managed to help nearly three million children, something that did not go unnoticed, as Marcus received the order of MBE (Member of the British Empire).

He has also raised millions in donations together with the food charity FareShare during the pandemic.