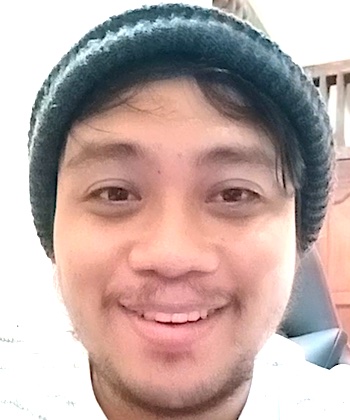 Merapi, the most active stratovolcano in Indonesia – Diky’s goosebump moment

Diky: “Hello, I am from Indonesia. My goosebump moment is my first-hand experience seeing a lava flow from a volcano. I live near an active volcano called Merapi. In fact, Merapi is the most active stratovolcano in Indonesia and has regularly erupted since 1548. When this video was recorded, Merapi was still in its eruption phase and it was regularly emitting the lava flow from the top of the mountain at night, when the sky was clear. It is such an amazing view when you can see the lava flow from the crater down the mountain. At first, it is just a red spot at the top of the mountain, and then the lava flows wildly down the mountain. It is like holding a chocolate bar in your hand, it melts, and goes everywhere. It is such an amazing view if you can see this. Thank you!”

The most active volcano in Indonesia

Merapi, a steep stratovolcano north of Central Java’s capital Yogyakarta, is Indonesia’s most active volcano. It erupts on average every 5-10 years and is feared for its deadly pyroclastic flows; avalanches of hot rocks and gas that are generated when parts of new lava domes constructed during eruptions in the summit crater collapse and slide down the mountain’s steep flanks.

The name “Merapi” in old Javanese language means “the one making fire”. It is a popular name for volcanoes. Another volcano with the same name is in the Ijen Massif in East Java and the similarly called volcano “Marapi” lies on Sumatra Island.

One of the most studied volcanoes in the world

Gunung Merapi, as it is known in its country, is classified as a stratovolcano or composite volcano whose structure was formed from lava flows expelled over millions of years.

The Global Volcanism Program lists its elevation as 2,968 meters, although the U.S. Geological Survey lists its height as 2,911 meters. These measurements are not exact, since continuous volcanic activity modifies them. It is currently lower than before 2010, when intense eruptions occurred.

Its proximity to populated areas and the violence of its eruptions earned it a place among the “Decade Volcanoes”, making it one of the 16 most studied volcanoes in the world.

Despite its danger, the Javanese have a rich mythology around the volcano, and its unmistakable natural beauty is adorned on its lower flanks with dense vegetation, home to many animal species.

How did this volcano form?

The material of which the plate is formed pushes the magma from the interior of the earth, and this causes great pressure that forces it to rise more and more, until the earth’s crust breaks, and a volcano is formed.

Merapi is the youngest volcano of those in southern Java, in geological terms. Its eruptive activity may have begun 400,000 years ago, and since then it has been characterised by its violent behaviour. The viscous lava and solid materials ejected during the eruptions accumulated to form layer upon layer and hardened on the surface into the shape of a typical stratovolcano.

Following its appearance, Merapi continued to grow during the Pleistocene until about 2,000 years ago when the main edifice collapsed.

Merapi has a long history of violent eruptions. It has recorded 68 eruptions since 1548, and a total of 102 confirmed eruptions throughout its existence in the world. It usually experiences large explosive eruptions with pyroclastic flows, but over time they have become more explosive, also creating lava domes, i.e., round mound-shaped plugs.

The volcano usually erupts with small eruptions every 2-3 years and with large eruptions every 10-15 years. Pyroclastic flows, which consist of ash, gases, pumice and fragments of other rocks, represent a greater danger than lava, as they can advance downward at more than 150 kilometers per hour and reach large areas, causing total or partial destruction.

More about the volcano Merapi: