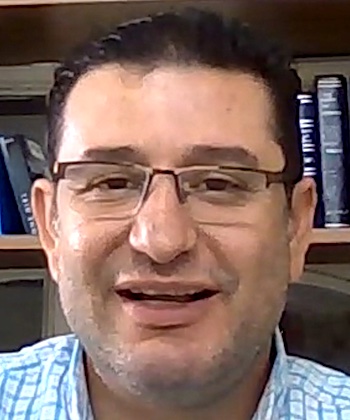 Maher: “I am from Iraq. I’m going to tell you about one of the happiest moments in my life. It was when Argentina won the Copa America and Messi lifted the trophy for the first time in his life. It was a special moment because Argentina and Messi in particular waited for a long time to win this trophy, and it was the first trophy for Messi with the national team. There had been a lot of talk about Messi’s ability to help the national team win an important trophy, and in this tournament, he proved that he was up to the challenge and that he was the best player in the world. He also won the Best Player and the Golden Boot because he was the top scorer in the tournament.”

The Argentinian national soccer team achieved a long-awaited victory in this year’s Copa América final, defeating the host team Brazil 1-0 in Rio de Janeiro and securing the title for the first time since 1993. The championship match of South America’s biggest soccer tournament was decided by a single point, scored by Argentina’s Angel Di Maria in the 22nd minute.

Argentina’s victory marked a particularly emotional milestone for 34-year-old captain Lionel Messi, who until now had failed to win an international championship with his team.

Argentina’s victory in the Maracana stadium

Messi and Argentina lost three international championships in a row, starting with the 2014 World Cup and then in the finals of the Copa America in 2015 and 2016, so this victory represented a huge event, not only in his career, but in the history of soccer. The long-standing rivalry between Brazil and Argentina was amplified by Messi’s competitive friendship with Brazilian national team captain and international soccer star, Neymar. After the match, the two shared an emotional embrace.

Notably, the Argentinian team celebrated their victory in a virtually empty Maracana stadium, as organisers and local authorities only allowed a small number of spectators in the hope of further reducing Covid-19 broadcasting as Brazil continues to work to curb their numbers. At the end of June, the country recorded an all-time high of cases of the disease.

Despite not being able to watch the game in person, fans reveled in their team’s victory. From outside the Maracana stadium to the streets of Buenos Aires, Argentina fans rejoiced together, toasting the end of a 28-year long wait for victory.

The national team, also known as the Albiceleste, has appeared in five World Cup finals, including the first one in 1930, which it lost with 4-2 to Uruguay. Argentina won in its next final appearance, in 1978, beating the Netherlands with 3-1 in extra time. Argentina won again in 1986 with a 3-2 victory over West Germany, and a tournament campaign inspired by captain Diego Maradona.

They reached the World Cup finals again in 1990, losing 1-0 to West Germany after a controversial penalty kick in the 87th minute, and Argentina, led by Lionel Messi, reached their fifth World Cup final in 2014, losing again to Germany with 1-0 in extra time. Argentinian coaches who have won the World Cup include César Luis Menotti in 1978 and Carlos Bilardo in 1986.

Argentina has also been very successful in the Copa America, winning it 15 times, most recently with Lionel Messi in 2021, and is currently tied with Uruguay for the most wins. The team also won the 1992 FIFA Confederations Cup and the 1993 Artemio Franchi Trophy. Argentina is known to have rivalries with Brazil, Uruguay, England and Germany due to events between them over the course of soccer history.

The Copa América or CONMEBOL Copa América, known until 1975 as the South American Football Championship, is the main men’s soccer tournament, played by the national teams of South America. It is the oldest and third most watched international soccer competition in the world. Since the 1990s, teams from North America and Asia have also been invited to compete.

Since 1993, the tournament has generally featured 12 teams: the 10 from CONMEBOL and two more from other confederations. Mexico has participated in every tournament between 1993 and 2016, with one additional team from CONCACAF, except in 1999, when AFC team Japan completed the 12-team roster, and in 2019, which featured Japan and Qatar.