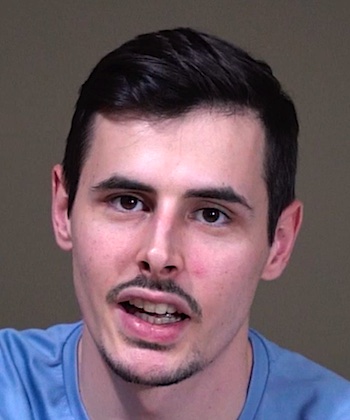 “Hello! My name is Dusan, and I come from Serbia, and my goosebump moment comes from the TV Show “The Last Dance” that talks about Michael Jordan and the Chicago Bulls winning 6 championships. The specific moment is when they remember the flu game that Michael had. So, the night before they had pizza delivered and Michael got food poisoning. He played game 5 of the finals sick. He played the game so sick that at times he staggered, and continued exhausted and dehydrated by pure power of will, and of course by being the greatest basketball player of all time. He got himself to 38 points and carried the Chicago Bulls even sick to winning the pivotal game 5 against Utah Jazz, and in doing that he cemented himself as being the greatest of all time.”

Michael Jordan needed a documentary to suit him, and Netflix gave it to him: ‘The Last Dance’. It doesn’t matter whether you are a basketball lover because this documentary miniseries is much more than sport.

It is the story of a young man who came out of North Carolina (United States) to become the savior of a team that was in decline, the Chicago Bulls, and after 13 seasons with Jordan became a legendary team in the NBA.

Michael brought the Bulls out of mediocrity and elevated them to the level of others such as the Los Angeles Lakers or the Boston Celtics, and not only because of his innate talent.

The rookie, as he was called at the beginning in the team, quickly became the indispensable player whose dimension he had already shown signs of in his college days. The franchise’s dependence on him was such that he even made his own law on the court.

The 97-98 season, which is the subject of the documentary, was Michael Jordan’s best. “Because of how I used my mind and body. It was frustrating to retire in my prime. We could have won a seventh title,” he recalls.

That ‘The Last Dance’ had, on the other hand, a far from placid beginning. Jordan lived with excesses of all kinds – meetings between stripes, marijuana and many women – and he stayed away from all of them. That avoided spoiling the bright future that was to come.

The documentation work is the basis of the 10-episode miniseries, each of one hour. Locker room chats, training sessions and archive footage were recorded and carefully photographed. And then it all sat in a drawer for almost two years. It was Jason Hehir who eventually pulled it out to create a documentary with soul.

‘The Last Dance’ is much more than amateur sport. It tells a story and includes roles that, despite being real, have character-building features of a fictional film: seeing the protagonist with a Havana cigar and a glass of scotch makes us visualize him as a big shot far from the court.

The documentary series includes tragedies, resources such as flashbacks, lots of action, confrontations and, above all, a level of production on a par with any blockbuster.

Why did ‘The Last Dance’ become a hit?

There are many reasons why ‘The Last Dance’ became one of Netflix’s biggest hits. One of them is because the documentary shows how a kid who was a nobody ambitiously managed to ensure that his name will never be forgotten. And yet, there is no intention to mythologize the figure.

It also tells us how things are not always achieved with luck, but with effort and why coaches come and go or how a player can be decisive in those business moves because he is the star of the team.

Despite being a documentary about Michael Jordan, there is one idea he insists on making clear: basketball is a team sport. The star can motivate the rest of the players, pull them along, but without his teammates he has nothing to do. Something that is easily forgotten when a player stands out.

Also, it reveals the airs of greatness that can cause so much adulation and the harshness with which he treated some of his teammates. That is why he is impartial.

Another reason for its success is the way he tells the story of the weight of fame on the great stars. Michael Jordan enjoyed the solitude of a hotel room, far from the spotlight, the shouting, and the power of flattery. But never far from the court. It also shows the psychological complexity of a mass idol. His lights and also his shadows.

More about ‘The Last Dance’ miniseries: