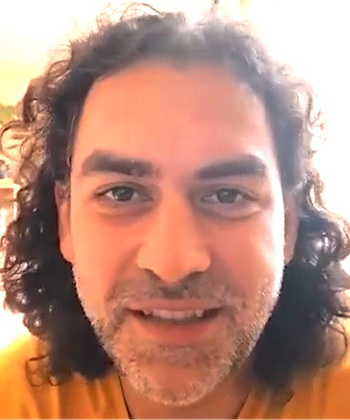 My experience on a roller coaster ride – Marko’s goosebump moment

“Hello! My name is Marko, I am from Croatia and my goosebump moment was a rollercoaster ride. I was traveling through Germany maybe 20 years ago and I went to Europa Park, it was the biggest theme park at the time in Europe. And there it was. The Silver Star. The biggest rollercoaster I have ever seen. And we went on it. And, you know, the classic first climb and then the slow peak. The moment of numbness and fear and goosebumps. And then downhill. The adrenaline rush and the people screaming, and I thought my lungs were going to drop out, you know. And in the end, we realized we were going again. And we waited for another hour for the second ride.”

One of the highest roller coasters

Silver Star is a steel roller coaster located at Europa-Park, a theme park in Rust, Germany. The roller coaster has a height of 73 meters (240 feet) and a drop of 67 meters (220 feet), placing it in the hyper coaster category.

Although it is one of Bolliger & Mabillard’s tallest roller coasters, it was surpassed as the tallest in Europe by Shambhala: Expedition to the Himalayas at PortAventura Park in 2012 (both were surpassed by Leviathan at Canada’s Wonderland and Fury 325 at Carowindsen 2015, which are the tallest roller coasters Bolliger & Mabillard have built to date).

Silver Star has 3 trains that seat 36 people each, giving a capacity of 1,750 passengers per hour. This hyper coaster is in the French area of Europa Park and is sponsored by Mercedes-Benz.

What happens to our body on a roller coaster ride?

When we ride a roller coaster, we experience a veritable bomb of chemical reactions inside us. Adrenaline and endorphins (also called “happiness hormones”) eclipse fear and vertigo and give way to relaxed muscles and a feeling of well-being. Our body is also subjected to forces twice that of gravity due to the acceleration of these vertiginous attractions.

When we ride a roller coaster, we experience a veritable bomb of chemical reactions inside us. Adrenaline and endorphins (also called “happiness hormones”) eclipse fear and vertigo and give way to relaxed muscles and a feeling of well-being. Our body is also subjected to forces twice that of gravity due to the acceleration of these vertiginous attractions.

How was the roller coaster born?

Roller coasters might seem like a modern type of entertainment: they are getting bigger, faster, and more exciting thanks to technological advances.

However, in fact, they emerged in the mid-19th century. Today, amusement parks are big business. Many people often line up for up to eight hours to enjoy an attraction that lasts less than two minutes; not to mention reports of users suffering cardiac arrest, brain deformation and serious injuries due to crashes.

Considering the above, why do we subject ourselves to the thrill of a roller coaster? What is it about roller coasters that we like so much, and why do we tend to like them less as we get older?

Perhaps we are drawn to roller coasters because we enjoy the visceral sensation of fear itself, as with horror movies. The physical signs of fear, including palpitations, rapid breathing and increased energy caused by the release of glucose are collectively known as the “fight or flight reaction”.

We know that it is possible that riding a roller coaster can trigger a physiological response thanks to researchers who, in the 1980s, measured the heart rate of roller coaster riders in Glasgow.

Beats per minute increased to more than double the average: from 70 before they got on to 153 shortly after the ride began. Some riders came very close to what could be considered hazardous to health at their age.

In another adrenaline-fueled pastime, novice bungee jumpers not only reported increased feelings of well-being, wakefulness, and euphoria right after jumping. They also showed elevated blood levels of endorphins, a hormone known to produce feelings of intense pleasure.

Notably, the higher the levels of endorphins that were present, the more euphoric the jumper reported feeling.

Europa Park is an amusement park located in Rust, between the French Alsace and the German Black Forest. Inaugurated in 1975, it is the longest-lived of the old continent and two things define it above the rest: for being a temple for roller coaster fans and for recreating the most important countries of Europe very well.

The Park houses 13 roller coasters, the oldest, inaugurated in 1984, is the Alpenexpress Enzian, which is a motorized roller coaster that runs at full speed through a diamond mine. Europa-Park has very high-capacity roller coasters and rides, which means that the park can accommodate about 60,000 visitors per day. The Park counted 5.75 million visitors in 2019. It is also home to the Euro Dance Festival.

The complex (park, parking, hotels, and back stages) occupies approximately 95 hectares. It houses six hotels, a campground, and a cinema.

More about a roller coaster ride: