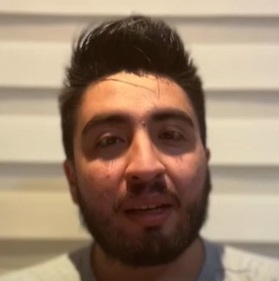 “Hi everybody! I am Javier and I come from Andorra. My goosebump moment was when at the age of 18 I began my aviation career. On August 12 of 2012, I made my first flight alone, it was a beautiful afternoon. I remember I was super scared because I was the last pilot to fly alone that day. When I took off and realized that I was flying by myself it flooded me with many emotions. Since I was in a foreign country, completely by myself, I was away from my family but fulfilling my dreams. That was the best moment of my life, I am telling you this because it was a very special moment and I think that some people will feel the same as I did when they achieved a very important goal in their lives. So, never stop dreaming”.

Man seeks adventure, he is the being that detaches himself from the earth, to commune with the purity of the sky and then descends to finding the earth once more, after having received the communion of the infinite because where for some people see a simple means of transportation for other pilots see a whole world of art and love for their airplanes.

Aviation is one of the most romantic themes that captures and traps the minds of people and the hearts of young, old and adults seek any information and get carried away by those machines that catch them and cannot stop traveling in this beautiful artifact.

The dream of the human being is sensitive, for pilots the most beautiful thing is to fly, flying gives them life and every day they fly they fulfill their expectations and their dream that they have longed for.

Fulfilling the dream of flying

There are two varieties of airline pilots, those who carry in their blood the need to fly for the same reason they need to sleep, eat or breathe, and those who do it simply for a chore, out of obligation or because they have no other alternative. The latter usually come to the profession by chance, or in some other unplanned way.

The first ones, often have the restlessness since childhood when they saw in airplanes something remarkable, mystical, sublime perhaps. Many of them started as children building model airplanes or accumulating photos, posters, or any other collection with aerial motifs.

They knew the specifications and data of any aircraft in detail. When they grow up and are fortunate enough to realize their childhood dream, they enjoy their work immensely, they feel (and are) the luckiest men on the planet.

This group knows the difference between flying to subsist and subsisting to fly. Aviation teaches them pride as well as humility and, although flying is a spell, they willingly fall victim to its curse. -When on the ground and during sunny days, they continually observe the firmament longing to be there. During rainy and cloudy days, they recreate flight procedures in their minds. -The pilot knows that the best flight simulator is in himself, in his imagination, in his attitude; because the pilot’s mind is always accessible to new elements and understands that to fly, he needs to believe in the unknown.

Nevertheless, pilots are logical, disciplined men, who by necessity need to think clearly, otherwise they risk losing their lives violently.

The history of aviation dates to the day when prehistoric humans stopped to observe the flight of birds and other flying animals. The desire to fly has been present in mankind for centuries, and throughout human history there are records of attempts to fly that have ended badly.

Many people said that flying was impossible for the capabilities of a human being. But even so, the desire existed, and several civilizations told stories of people endowed with divine powers who could fly.

The best-known example is the legend of Icarus and Daedalus, who were imprisoned on the island of Minos and built themselves wings with feathers and wax to escape. Icarus got too close to the Sun and the wax on the wings began to melt, causing him to fall into the sea and die.1 This legend was a warning about attempts to reach the sky, like the story of the Tower of Babel in the Bible, and exemplifies man’s age-old desire to fly.

The modern history of aviation is complex. For centuries there were timid attempts to take flight, most of them failing, but since the eighteenth-century man began to experiment with hot air balloons that managed to rise in the air but had the disadvantage of not being able to be controlled. This problem was overcome in the nineteenth century with the construction of the first airships, which did allow their control.

At the beginning of that same century, many people investigated gliding, machines capable of sustaining controlled flight for some time, and the first airplanes equipped with engines were also built, but even when propelled by external aids, they barely managed to take off and fly a few meters. It was not until the beginning of the 20th century that the first successful flights took place. On December 17, 1903, the Wright brothers became the first to make a flight in a controlled airplane, although some claim that this honor goes to Alberto Santos Dumont, who made his flight on September 13, 1906.2

From then on, improvements followed one after the other, each time achieving substantial improvements that helped develop aviation to what we know it as today. Aircraft designers continue to strive to continually improve the capabilities and characteristics of aircraft, such as range, speed, cargo capacity, maneuverability, safety, and other details.

More about the aviation: