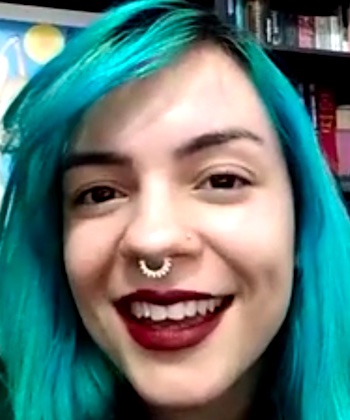 The Sistine Chapel in Italy

Helen: “Hello, I am from Brazil and my goosebump moment was when I was 12 years old, and I traveled to Italy. I had the amazing opportunity to visit the Sistine Chapel. When I took my first step into the chapel it was too much information to comprehend but when I took the first look at the ceiling and saw all the Michelangelo’s paintings, it was beautiful. I had never seen something so beautiful in my life before. It felt the sky was falling down. I knew at that moment that I would never forget this experience. It was just outstanding.”

The art of the Sistine Chapel

The Sistine Chapel is located inside the Vatican Museum’s complexes. The ceiling of the Chapel is 40 meters long and 13 meters wide. The iconography represented is very varied, showing for example images of the Book of Genesis, with the world-famous picture of God touching Adam’s finger.

You can also observe portraits of prophets, sibyls, and scenes from the history of Israel. In total there are more than 300 figures, many of which show two-dimension effects, taking advantage of the room’s architecture making up an artistically skilled work without precedents. The work took 4 years to be completed. Pope Julius II was the pontiff who ordered Michelangelo to carry out the pictoric decoration of the Chapel. This Pope wanted the maximum glory for the Vatican and for himself.

The frescoes on the ceiling, collectively known as the Sistine Ceiling, were commissioned by Pope Julius II in 1508 and were painted by Michelangelo in the years from 1508 to 1512. They depict incidents and personages from the Old Testament.

On the five pendentives along each side and the two at either end, Michelangelo painted the largest figures on the ceiling: twelve people who prophesied the Messiah. These twelve are seven male Prophets of Israel and five Sibyls, prophetesses of classical mythology.

Two of the most important scenes on the ceiling are his frescoes of the Creation of Adam and the Fall of Adam and Eve/Expulsion from the Garden. In order to frame the central Old Testament scenes, Michelangelo painted a fictive architectural molding and supporting statues down the length of the chapel.

Since he was a famous and respected artist, Michelangelo earned a lot of money. For painting the ceiling of the Sistine Chapel, he was paid 3000 ducats, which would amount to approximately 78 000 dollars in today’s terms, which at the time was a stellar amount of money.

Michelangelo painted the frescoes of the Sistine Chapel between 1508 and 1512. The restoration that took place in the 1990s showed the incredible technical mastery of the painter, who also had no assistants for the realization of the paintings, just a few workers who prepared the ceiling. The gigantic size of the figures and the difficulty of applying the paint on the curved ceilings make this fresco an exceptional creation. The artist himself commented in his writings on the pain it caused him to work from the scaffolding.

Michelangelo, or Michelangelo, Buonarroti, is an Italian sculptor, architect, and painter, and one of the most influential of the Italian Renaissance. He was one of the most valued artists of the sixteenth century, not only because of the length of his career, approximately seventy years, but because of his versatility and great artistic gifts. He is valued at the same level, in some cases higher, than the other two best known artists of the Cinquecento: Raphael and Leonardo da Vinci. His main artistic work was developed in the cities of Rome and Florence.

Undoubtedly, one of the most famous and most valued works, not only at that time but also today, is his decorative work in the Sistine Chapel.

More about the Sistine Chapel: