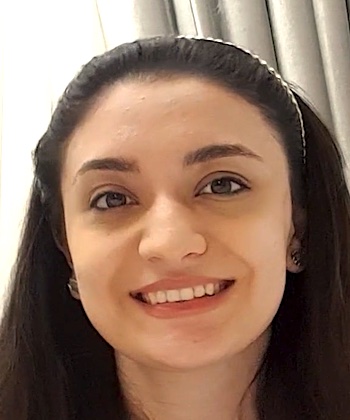 “I am Narmin, and I come from Azerbaijan. My goosebump moment happened in 2012. Before starting I want you to think about the last time when you enjoyed your meal. For me, it was Palachinki which I ate in Macedonia in 2012. Yes, it was a very long time ago, but believe me, I really enjoyed this dessert and I still remember that moment. Yes, it is just crepes, but I ate it when my plane was postponed, I was far from my family, my country, and I really missed them. After eating it, I felt very cozy and I was at home. Everything was going to be okay. So, I understood that happiness is not about what you eat or where you are. It is all about what you feel in your heart. That is why you always save the happiness in your heart.”

The Palachinki are the Balkan version of one of the most universal delicacies: crepes, a divine delicacy and guaranteed to be a great dessert.

This dessert is originally from Eastern Europe and is part of its special gastronomy with Ottoman, Persian and Greek influences, which have turned its typical sweets and desserts into something you won’t see anywhere else.

To better understand this dessert, you simply have to compare it with something you already know: pancakes or crepes. Anyway, Bulgarians give a different touch to this recipe and make it quite special with the fillings used in Bulgaria: jams of different flavors, chocolate creams and even some fillings with a salty touch.

A Palachinki is made from simple ingredients: eggs, flour, sugar, and milk. Palachinki are very similar to French crepes.

They come directly from the southern Balkans, and they are widespread in Central and Eastern Europe. They are eaten hot or cold, sweet, or savory, as a main dish, as a dessert or as a snack. They are served by themselves, stuffed or accompanied by a garnish.

They are eaten in Macedonia, a southern European country located on the Balkan peninsula. Throughout the country they are offered as a dessert in restaurants and are often made at street stalls as well.

Some recipes recommend waiting an hour before baking Palachinki so that the gluten develops, and the dough is easier to handle. However, some authentic cookbooks do not mention this waiting time. You can cook the pancakes immediately after preparing the batter.

Foods that make us nostalgic

Food transports us, it allows us to travel without having to move. We refer to those foods with a sentimental charge of longing, that generate a nostalgic sensation in the mouth that connects us with a memory, and just with the first bite comforts us.

This food is usually homemade, because nostalgia comes from the classical Greek “nostos”, which means homecoming. That is how we remember the familiar flavors, the ones prepared by mom or grandma, or maybe even mother-in-law, but in the best way.

Comfort food is the food that feeds your soul, that gives you security and reminds you of your identity. It is an intangible memory that your brain and senses transform into something physical. It savors the memory of who you are.

More about Palachinki, a dessert that awakens emotions: