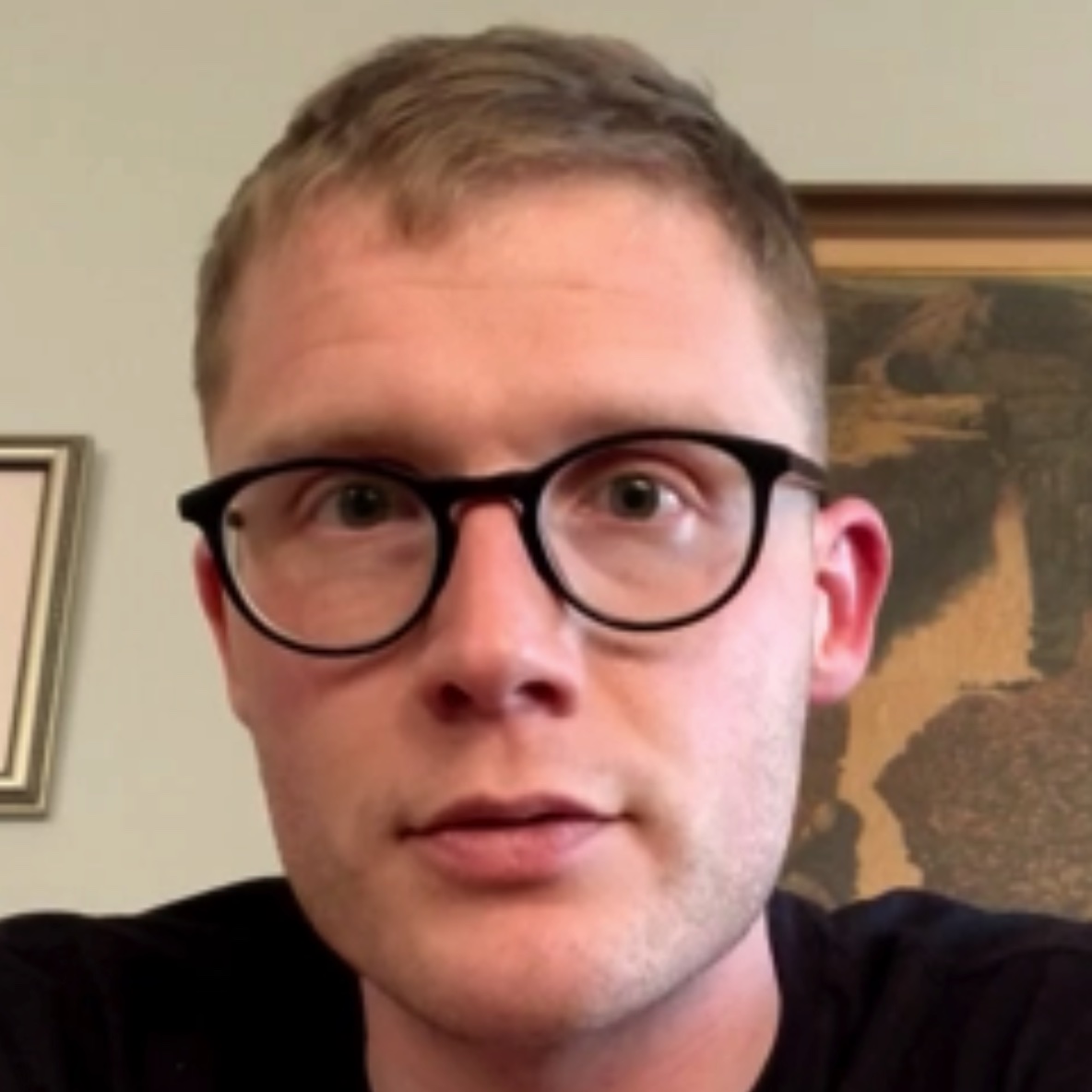 Oscar: “Hello I’m Oscar, and I’m from Iceland. My Goosebumpmoment is a scene from a movie called Cool Hand Luke from 1967. It stars Paul Newman, who is the character Cool Hand Luke. He is in prison because he did something very stupid while he was drunk: He stole the change from the parking meters. The scene I mentioned is about him sitting in the common area where all the prisoners sleep, while he gets the news that his mom has passed away. At that moment he takes his banjo and sits on the cot where he sleeps, while playing a song called “Plastic Jesus”. Throughout the scene the camera focuses on him slowly playing the song. He unburdens himself by starting to cry, as he thinks of his recently deceased mom. It’s a moment that really makes me emotional and at the same time it chokes me up. It’s a very powerful, raw and honest scene.”

There are images in the world of cinema that are indelible and that will live permanently in your memory from the first time you see them. This is one of the scenes from the movie Cool Hand Luke, in which the protagonist Luke, played by Paul Newman, receives a letter announcing that his mother has died and he responds to the news singing “Jesus Plastic” with a banjo.

That kind of inner torment, which Luke experiences in this prison film, reaches its maximum expression with this emotional moment. The film, which talks about rebellion and the impossibility for a man to fit in any way in a system that he continually rejects, gives us this raw and honest scene that gives us Goosebumps.

Luke, a rebel without a cause

Actor Paul Newman plays Luke, a former combatant who does not find his place in the world, and he is sentenced to two years of forced labor in a Florida prison for the damage caused during drunkenness.

With a history of decorations during the war, Luke rebels before society to the point of being considered someone unpleasant. However, in prison he becomes a kind of leader to follow and respect, while he looks for a way to escape.

George Kennedy, an excellent secondary who won an Oscar for his work, plays “Dragline”, one of the most charismatic characters in the place and who, at first, will not get along with Luke, and later becomes his inseparable companion.

“Cool Hand Luke” is a film that also talks about friendship and companionship, about the responsibility of being someone important even in prison, about disappointments, nonconformity, and about injustice, the one that makes you not bow down to no-one.

This film, based on the 1965 novel of the same name written by Donn Pearce, reached the status of myth only and exclusively by a sequence: that of the fifty cooked eggs that the protagonist eats at a given moment.

What really is a pleasure for the senses in this film is undoubtedly its main star, Paul Newman, who gives several moments of acting dominance, especially gestural. He also takes advantage of the fact that he hides the reasons for his rebellion very well.

Paul Leonard Newman, better known internationally as Paul Newman, was an American actor, director, and producer, today remembered as one of the greatest stars in film history.

During his artistic career he played several stellar roles, performances that earned him 3 Oscars and 3 Golden Globes, next to being nominated 25 times throughout his career as an actor and director.

He participated in more than 50 films, giving life to totally different characters, in a unique and legendary way. Some of the highlights are: ‘Somebody Up There Likes Me’, ‘The Long, Hot Summer’, ‘The Left Handed Gun’, among others.

Paul Newman passed away in Westport on September 27, 2008, at the age of 83, from lung cancer. A month earlier, the actor decided to leave the hospital where he was confined for months, in order to spend the last weeks of his life at home.