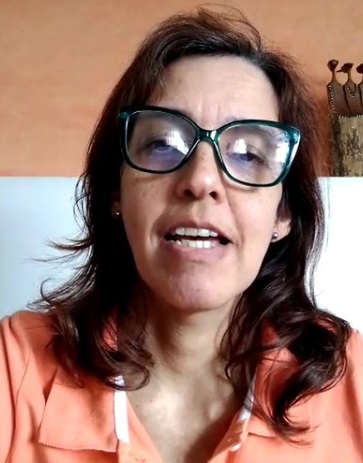 “Hello! My name is Natal from Samoa and my goosebump moment was when I met the Perito Moreno Glacier in Argentina. It was something unique. We were on the road and began to see it in the distance, then we arrived to stay in front of the huge mountain of ice. Star walking up was a unique moment that I will always remember. Ending the walk, we drank water that came out of the glacier…delicious!!! Finally to stand in front of Perito Moreno to contemplate and enjoy the wonder and beauty of nature was memorable”.

One of the most spectacular glaciers in Argentina

The Perito Moreno glacier is a thick mass of ice located in the department of Lago Argentino in the province of Santa Cruz, in the southwest of Argentina, in the region of Patagonia and is part of the Los Glaciares National Park.

This glacier originates in the Southern Patagonian ice field. In its descent, it reaches the southern arm of Lake Argentino, with a front of 5 km in length, emerging over the water with a height of about 60 m.

Thanks to its constant advance, it forms a dam with the waters of the Rico arm of the lake, which generates a difference in height with respect to the rest of the lake of up to 30 m. The pressure of this liquid mass produces filtrations in the ice that create a tunnel with a vault of more than 50 m high. The collapse of this vault is an unusual natural spectacle and is one of the main attractions of the park.

The Perito Moreno is known worldwide for its rupture processes. The front of the glacier, when it reaches the coast, closes the passage of the waters of the Brazo Rico and produces a kind of reservoir with a difference in water level between one arm and the other of the lake of more than 20 meters. It is then when the filtration originates and culminates with the expected rupture.

The spectacle is continuous. To be able to observe from very close the detachment of ice blocks of different sizes, to listen to the roar that they produce, and then to observe them transformed into wonderful floating icebergs.

A unique and different experience is to walk on the glacier or to cross the Lago Argentino aboard a catamaran to see other glaciers such as Spegazzini, Onelli and Upsala.

As the gateway to the fascinating world of the Glaciers of Argentina, El Calafate concentrates the largest traffic of national and international tourists who are attracted by the miscellaneous Patagonian landscapes.

From there you can tour Patagonia and the extensive ice fields, lakes and rivers. Due to the existence of the great lakes Argentino and Viedma as well as its strategic location, the city of El Calafate is the central point of tourist activities in the region, both inside and outside Los Glaciares National Park.

In the national park area, excursions to the glaciers of Los Glaciares National Park are made, among which the Perito Moreno12 is the main attraction, the mini trekking on the same glacier, navigation through the channels of Lake Argentino, visiting Onelli Bay and the immense Upsala, Spegazzini, Onelli, and Seco glaciers, among others. The national park administration is located in the city of El Calafate.

A wide variety of activities are organized around Lake Argentino, including visits to tourist ranches, 4×4 trips to the Frías and Huyliche hills, horseback riding, excursions to the Laguna Nimez ecological reserve, and hikes on Lake Roca.