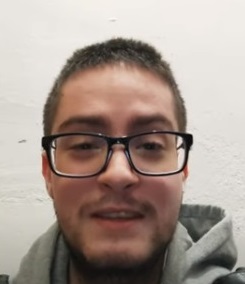 “Hello, my name is Willman, and I am from Liechtenstein. My goosebump moment was in 2014, yes, all the way back in 2014, I was playing a game called Dark Souls II, a game that was out the same year. It was a very fun game and I still love it. But my goosebump moment was that I was fighting a boss called The Pursuer for several hours, I was struggling a lot, but I got into what athletes call the zone, it is like a mental state of when everything became clear to you, when I beat the boss on that mental state, I got some goosebumps that were incredible. Breathing to be honest”.

Playing Demon’s Souls and Dark Souls can be considered masochism by many, and the fact is that the saga created by From Software is characterized by demanding a lot from the player, beyond simply having a good time.

Dark Souls II is no exception, and it could be said that it is the almost perfect union of its predecessors, fulfilling its mission and offering many more difficult enemies to defeat.

Part of the Dark Souls II experience is that every death teaches you something about your enemy and you’ll want to go back to apply this knowledge to defeat them. This action role-playing game was developed in 2011 by FromSoftware and published by Namco Bandai Games. A spiritual successor to FromSoftware’s Demon’s Souls, the game is the second installment in the Souls series.

Combat is the soul of Dark Souls II

In Dark Souls II there is nothing more important than mastering the art of combat, and for that, we require many hours of gameplay. This title is based on JRPGs and adopts many of their features, but the combat is completely action, no turn-based battles or anything like that.

Before fighting, you will have to learn to know your character, his weapons, his equipment, his skills and characteristics. Although at the beginning of the game there is a totally optional tutorial area to learn the most basic controls of Dark Souls II, the most important thing is that we must have in mind what we want from our character, at least for the first 15 or 20 hours of this long game. For example, the most basic decision is whether we want to fight melee or at long range with magic.

Depending on your choice you will have to improve some specific skills. For example, for melee combat it is very important to improve strength, dexterity, life and stamina; for combat with magic, it is important to improve faith, intelligence, life and so on with each class or style of combat. Initially we must be very careful and selective if we want to opt for a mixed character type.