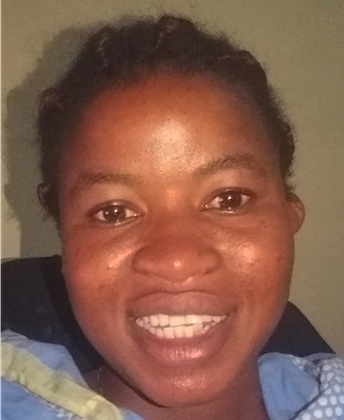 “Hi! My name is Lilian, I am from Gambia. I like to tell you about my native food today. Any time you find yourself in any African country, do me a favor by eating pounded yam. Yes, as the name sounds, pounded yam is a really stressful meal to come by as it takes a lot to process. But trust me, once they are done preparing and you eat it, you will like it. Pounded yam is healthy and it makes one gain weight also and it goes with any type of soup.”

A common food in Africa

Mashed yam is a staple in many West African households. It is not usually eaten alone, but often accompanies many delicious African soups and stews, such as Egusi, okra soup, jute leaf soup (Ewedu) or stewed spinach (Efo Riro).

Mashed yam is a lot like mashed potatoes but has a pastier consistency. It belongs to a group of foods that we call swallow because of the way it is eaten.

How to make pounded yam

The type of yam we use is commonly called Puna yam, true yam, or African yam. It has a rough, dark brown skin and whitish flesh. It can be boiled, roasted, or fried. If you live outside of Africa, such as in the United States, the best place to find true yam will be the ethnic market or online stores. You can read more about real yams to learn more.

Water is the second ingredient and is needed to boil the yam until it is fork tender.

A tool called a mortar and pestle is also used to pound the yam until it is smooth and doughy. This takes a lot of time, energy and sweat. However, today the use of the hand mixer has replaced the technique which makes the work much easier.

The African continent is one of the largest in the world and this can be appreciated in its gastronomy. African cuisine is divided into different regions: the Maghreb and West, East, and Central Africa.

Due to its proximity to the Mediterranean Sea, its cuisine has also influenced it, combining with its traditions and giving rise today to African cuisine. Characterized mainly by a high consumption of vegetables and legumes, leaving aside meat for festive moments due to its high price, and fish, restricted only to coastal areas.

However, the Mediterranean has not been the only influence it has received; we cannot ignore the fact that each African area was colonized by a different country, which obviously left its cultural imprint.

If we generalize, we can say that African cuisine is loaded with spices and sauces, mainly spicy, and that they have a predilection for stews.