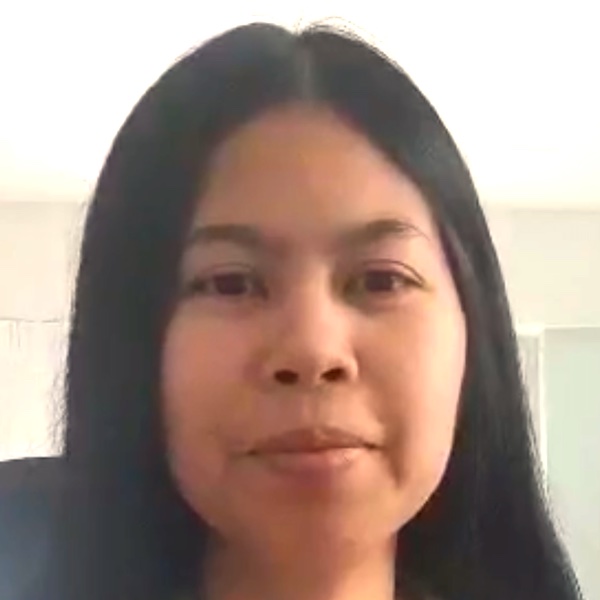 Cristina: “I am Tina and I come from the Philippines. My GoosebumpMoment is when I watched an interview of Muniba Mazari. She became the national ambassador of Pakistan for the United Nations. And in that interview, she shared her life experience before and after her car accident. She has been using a wheelchair for 12 years now. She is very soft-spoken but she expressed her thoughts with conviction. And at the moment that she started speaking, I got stuck and I listened clearly to every word that she said. Her realisations from her own experience are so powerful that it will touch you, will give you Goosebumps, and seep into the depths of your soul. Indeed, we have to be prepared for what life throws at us as it is very unpredictable. And we also have to filter out the people that we allow to surround us because they will either destroy us or be there for us through thick and thin. And at the end of the interview she sang the theme song of “Tangled” which perfectly reflected her own life and that was so beautiful”.

A message of hope

Muniba Mazari’s life-changing experience has made her an activist in encouraging women and girls who have suffered discrimination or violence, to be fearless and be ready to face their pain.

Her speeches contain messages of hope that urge us not to give up on life. Her story is so moving that it gives us Goosebumps and teaches us that we have to be prepared for whatever life throws at us, and also that we must know how to choose the people who will be by our side because they will destroy us or be there for us. In the good and the bad times.

Who is Muniba Mazari?

Muniba Mazari, who is affectionately called the “Iron Lady of Pakistan”, was born in a small town in Baluchistan on March 3, 1987. When she was 18 years old, her parents married her to someone of their choice, as Baloch women rarely were able to stay single for long.

After two years of marriage, she was in an accident and the car fell into a ditch because her husband had fallen asleep while driving. At the age of 21, Muniba Mazari was paralyzed for the rest of her life.

The tragic car accident left her with multiple injuries as her spine was crushed and she suffered multiple fractures to her arms, shoulder, collarbone and rib cage. Her liver and lungs were also injured and she remained in treatment.

Despite all these calamities that hit her, Mazari tried to stay positive. She decided that she was going to live for herself, she was not going to be the perfect person for someone, she was just going to take advantage of this moment and make it perfect for her.

In addition to her powerful and inspiring speeches, Muniba shares how she could embrace her new purpose while confined to bed for two years. Nine years later, her inspiring story has continued to touch people around the world.

One of the most inspiring women

It was precisely one of her motivational speeches at a TEDx event organized in Islamabad in November 2014 that made her publicly visible. Her speech contained a message of hope, urging people not to give up on life. Her call goes beyond generations and represents the voice of women, men, girls and boys across Pakistan on important issues related to gender inequality and discrimination.

She was also named one of the British Broadcasting Corporation’s 100 Most Inspirational Women in 2015 and was also featured in Forbes 30 Under 30 the following year.

She has worked on campaigns for Toni & Guy and refuses to present herself as a victim of the circumstances. A firm believer in “turning adversity into opportunity”, this young woman has made it her mission to evoke the same in others.

She eventually adopted a boy named Naile from an orphanage. She had said at the orphanage that she would not be judged for sitting in the wheelchair and that she could take care of him.