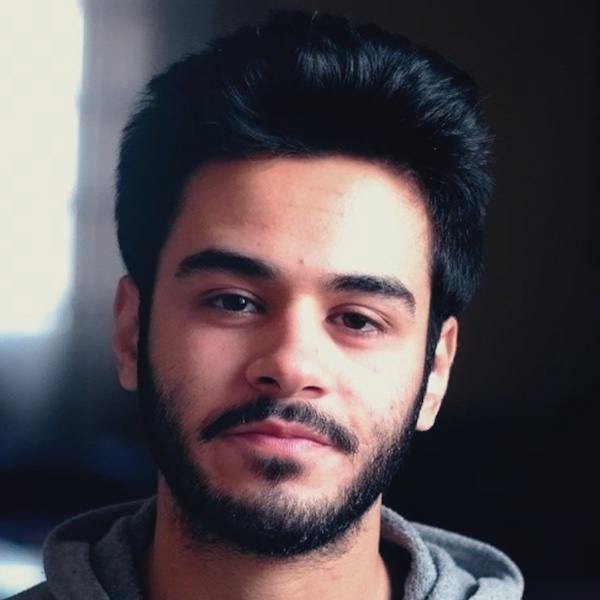 Saleh: “Hello, I’m from Algeria. In this video I’d like to share with you one of my recent GoosebumpMoments. In July 2019, there was this semi-final Africa Cup match, Algeria against Nigeria where the score was 1-1 and at the final moment, Algeria’s captain Riyad Mahrez scored a beautiful goal from a free kick. What makes this goal so unique is that deep down, everybody knew that he will score it and when he did, it felt very satisfying and we all were happy that the team did not disappoint. I’ll leave you with the video.”

Mahrez puts Algeria in the final of the 2019 African Cup

Player Riyad Mahrez brought out his left foot in the last minute of injury time to send Algeria into the African Cup final with a free kick that defeated Nigeria 2-1.

Both teams played a difficult game, very tactical and without many opportunities. An own goal by the Nigerians and a penalty for Nigeria seemed to carry both teams into extra time.

But when they were already preparing for extension, Mahrez took out his left foot and scored a goal from a direct free kick that slipped into the Nigerian goal. Riyad Mahrez was one of the best in the Africa Cup semi-final from the first minute.

Algeria 2-1 Nigeria: This was the game

The Algerian soccer team starred in a spectacle in the first quarter, but the misfortune of the forward Bahdad Bounedjah in front of the goal deprived the Algerians of getting ahead early on the scoreboard.

Nigeria, impotent, imprecise and poorly organized, has not been comfortable defending in their area and the errors of the defense began to take their toll. Algeria’s goal was only a matter of time.

With five minutes to go before the break, Mahrez tricked Collins into the right corner of the area, slipped to the bottom line and crossed a ball that the central Troost-Ekong would end up sending into the back of his own net to put the 1- 0.

After the break, Algeria came out to hold the game and Nigeria began to grow. Nigerian Arsenal winger Alex Iwobi had his share of the limelight and left some details.

However, although Nigeria tried, it did not finish putting Algeria in trouble, until an absurd hand from central Aissa Mandi that the referee had to find in the VAR, gave veteran Ighalo the opportunity to place the equalizer in the 72nd minute.

In the final stretch both teams tried to do what was not done throughout the match and the match was opened. Algeria advanced its ranks and had opportunities through the ex-Valencianist Feghouli.

About 90 minutes into the game Bennacer launched a left-footed shot from the edge of the area against the crossbar that seemed the culmination of regulation time.

But a foul of Bennacer himself in injury time left Riyad Mahrez before a stamp that will remain forever in the memory of all Algerians. A precise shot from the crescent brought the ball to the net and Algeria to the final against Senegal. A free kick goal by Riyad Mahrez in injury time gave Algeria a 2-1 victory over Nigeria.

The author of the historic goal that led Algeria to an African Cup final, Riyad Mahrez, dedicated the victory to French politician Julien Odoul, after writing on his Twitter account: “The free kick was for you. We are together”.

It should be noted that Odoul belongs to the Rassemblement National de France (RN) political party and published the following before the semifinal that the Algerian and Nigerian teams played: “To avoid more violence and looting, to avoid the flood of Algerian flags, to preserve our national holiday, don’t wait for #Castaner. Trust the 11 Nigerian players!”.

It is that as a result of the Algerian victory over Nigeria, acts of violence were registered in France. Consequently, the Ministry of the Interior reported the arrest of 282 people.

For their part, the police in Paris had to use tear gas to disperse the thousands of fans who gathered on the Champs Elysees. In Lyon there were more than one hundred car and public property fires.