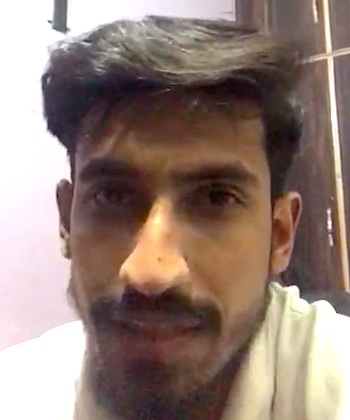 Proposal in "Life is beautiful"

“Hello, I am Umair and I come from Afghanistan. My goosebump moment is from the scene where Guido proposes to Dora in the movie “Life is beautiful”. This is one of the greatest movies I have ever seen. Guido works as a waiter in the big restaurant and Dora’s engagement ceremony was going on in the same restaurant. But Dora did not love her fiancée and had feelings for Guido. I got goosebumps all over me when Guido came on the horse and asked Dora to come with him in front of the whole crowd. After that Guido and Dora were married and lived happily with their son.”

A scene of love and comedy

“Life is Beautiful” is one of those movies that easily won the audience’s sympathy. One of the favorite scenes is when, at Dora’s engagement with Amico, she chooses for the last time to run away with Guido who keeps appearing. Guido rides Uncle Eliseo’s horse, which has been painted green and graffitied with the words “Jewish steed,” into the ballroom and they escape in full view of all the guests.

Prior to this scene, the story shows us that Guido gets a job as a waiter in a luxury hotel. Guido visits a moneylender to get a loan to open a bookstore, and soon realizes that the unpleasant man, Amico, who denies him the loan, is also the fiancé of the woman who fell into his arms, Dora.

The following series of events demonstrate that Guido is truly an extraordinary character: he has a unique ability to manipulate his environment, so that events that are “coincidences” take on the aura of genuine magic.

It is this ability that ultimately wins Dora over. On a rainy night, Guido practically snatches her away from the insipid Amico and takes her on a journey through his imagination to a place where pillows can be used as skirts, the Virgin Mary throws keys from the sky, and red carpets unroll across dark squares.

Based on real-life events

“Life is Beautiful” or “La Vita è Bella” in Italian, from 1997, is an Italian film written, directed, and starring filmmaker Roberto Benigni. The story of the film is partially based on the real-life experience of Rubino Romeo Salmoni, one of the Jews who survived the Holocaust, and who left a testimony of his experience in a book entitled “In the End I Defeated Hitler”.

Benigni was also inspired by the experience of his own father, who spent two years in a prison camp during World War II, in which Nazi Germany carried out a genocide of the Jewish people.

Also starring Nicoletta Braschi, the director’s real-life wife, and Giorgio Cantarini, “Life is Beautiful” is a feature film that depicts what happened in the concentration camps from the perspective of the protagonist and his family, who must go through that horrible experience to finally survive, but not before losing part of their humanity in the process.

The story centers on Guido Orefice, a young Italian man of Jewish origin who meets Dora at work and falls madly in love with her. However, Dora is the fiancée of a local fascist official named Rodolfo.

While the change of the environment due to the Nazi ideology is becoming more and more evident and dangerous, Guido manages to get the girl of his dreams through a romantic process with which he snatches his fiancée from the Nazi leader.

Six years later, at the height of the Second World War, Guido and Dora are already married and have a son named Giosuè and have formed a family with whom they are happy and lead a satisfactory life despite the war and the Nazi invasion of Italy.

More about the movie “Life is beautiful”: