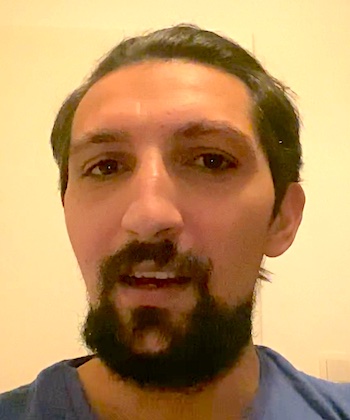 “Hello! My name is Daniel, and I am from Romania. My goosebump moment happened today when I was reviewing some clips. Old clips that brought back memories because I have seen an old cartoon that I used to watch when I was a kid. It’s about “Adventure Time” with Finn and Jake. So, the goosebump moment happened on the new episodes that arrived in 2020. I had not seen them and on episode 3 it was about when Finn and Jake got reunited together in the afterlife. Finn found out that Jake was dead, and he realized that he is also dead and had the chance to get back with Jake but it was a bit impossible for him to get back. But you can see that when you check it out. It was a goosebump moment because it brought back memories from the past. Thank you!”

Jake the dog and Finn the human

It is true that there are, fortunately, several current titles that are very worthwhile, but they would certainly be very different if it had not been for “Adventure Time”, since it is a series that marked a before and after in the genre. Later animated titles such as “Steven Universe”, “The Wonderful World of Gumball” or “Regular Show” came from or took advantage of the path traced by “Adventure Time”.

We even know that the creator of “Steven Universe”, Rebecca Sugar, began her career as a graphic scriptwriter in “Adventure Time” and later developed her own title, the first Cartoon Network title led by a woman, which, by the way, became a jewel in its own right that has dared to take what Finn and company have achieved much further.

The channel aired the first episode in 2010, entitled “Panic at the Palace Party”. Back then we were far from glimpsing that those curious and colorful characters would become the basis of one of the most outstanding animated series in the history of television.

“Adventure Time” is one of the most successful animated series of recent years. The series created by Pendleton Ward has fascinated both children and adults, thanks to its originality and surreal humor, becoming an icon of modern popular culture. Throughout the six seasons so far, Finn and his faithful friend Jake the dog have had many adventures and met many characters, each one more colorful than the last.

Finn is the main protagonist of the series. He is a young human who was abandoned by his parents when he was a baby, being raised by dogs. With a cheerful and intrepid character, he loves to live adventures in the world of Ooo with his adopted brother and faithful friend, Jake the dog. One of the funniest things about the series are the peculiar faces he makes depending on his moods or the ability he must sing with auto-tune. Just like his original dubber, Jeremy Shada, Finn grows throughout the seasons of the series.

Jake the dog is Finn’s most loyal friend. After Finn was raised with Jake’s family, the two became inseparable. He often serves as Finn’s confidant and voice of reason. Jake can warp his body and stretch it, as well as play the viola. His girlfriend is Lady Rainbow, with whom he has had five children in later seasons of the series.

Princess Bubblegum is the ruler of Chuchelandia, and Finn’s main love interest, whom Finn is always trying to conquer. Behind her sweet and delicate appearance, she hides a passion for science and experiments.

What makes “Adventure Time” so special?

The success of “Adventure Time” is not easy to describe even for the creators of the series. They admit that it was a project unlike any other and that Pendleton Ward was often misunderstood by his team. This has been said both by those involved in the first installments of the series and by Ward himself who in 2014 retired as director because, in his own words, “he was going crazy”.

This is not surprising since the fame of “Adventure Time” grew and grew during the first seasons until it reached millions of followers. Licenses and a lot of merchandise began to circulate; as well as thousands of theories about the inhabitants of Ooo and the other lands that little by little the show was revealing.

One of the great successes is the complexity of the story. While we started with an “innocent” party in the palace, the themes expanded to philosophy, metaphysics, existentialism, science, and a lot of elements that we could include in “esoteric”; but also magic, fantasy, traditional tales, apocalyptic stories, horror characters and a complex sense of humor with melodramatic touches of the highest quality.

Another point that makes this show so important and transcendent is that it dared to have the best of “two worlds” apparently simple and funny episodes, but, as we said, a very complex global story. Very beautiful characters, with simple strokes and bright colors, but with a stunning animation, both in the plastic and in the narrative.

Cheesy, rocking, funny and memorable songs. All under the same roof. “Adventure Time” made us laugh, cry and surprise us, with its cool twists in the last seconds of the episodes, in many chapters. In addition, its characters showed us that they are much more than what they seem at first glance, because we discovered that they all have a very intricate background.

More about Finn and Jake in “Adventure Time”: