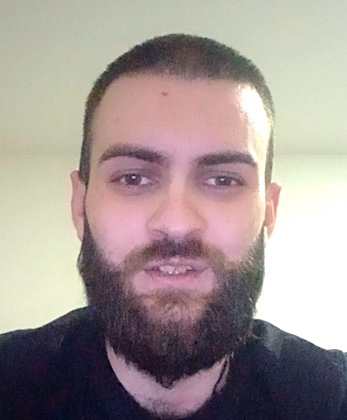 “Hello. My name is Luka, and I come from Serbia. My favorite goosebump moment is when our national basketball team won the silver medal at the 2016 Rio Olympics. We were lacking our key players that year. We were decimated! No one expected anything from us, and even Serbian people were skeptical about our team getting passed the group stage. But then, magic happened. We got past the group stage. We won versus Brazil, Greece, and France. We ended up losing to the USA in the finals, and we actually lost by 30 points. But, nevertheless, we were so proud of our boys bringing home the silver medal! We celebrated that day more than we would usually celebrate New Years’ Eve. That day I was proud to be able to call myself a Serbian.”

In 2016, Serbia took the silver medal in its first appearance as a country at the Olympics after making its debut against the United States in Rio de Janeiro.

The United States, who defeated Serbia in the 2014 World Cup final, did their thing again at Carioca Arena 1, winning 96-66. Serbian coach Sasha Djordjevic said at the time that it had come a long way and the players did a tremendous job to be there.

Serbia squeezed the United States in group A to lose 94-91, but on the second occasion they were no match for the Americans. Kevin Durant made 5 of 8 three-pointers in the first half to go into halftime with a 52-29 lead.

Therefore, all the results and medals of this period are replaced by the Serbian national basketball team.

Following EuroBasket 2013, Ivković stepped down from the position of coach and Serbian basketball hall of famer Aleksandar Đorđević took his place.

Đorđević led the team to the silver medal at the 2014 FIBA World Cup, where they lost in the final game to the United States. At EuroBasket 2015, the national team finished in fourth place with the tournament’s only loss coming in the semifinals against Lithuania and in the bronze medal game against France.

After winning the 2016 FIBA World Olympic Qualifying Tournament held in Belgrade, the national team won the silver medal at the 2016 Summer Olympics in Rio de Janeiro, losing in the final game to the top team from the United States.

With the absence of team captain Miloš Teodosić and rising star Nikola Jokić, Bogdan Bogdanović emerged as the team leader at EuroBasket 2017. The national team won its third silver medal in four years after losing to Slovenia, led by Goran Dragić 93–85 in the final.

Facing a different qualification system introduced by FIBA for the FIBA Basketball World Cup 2019, the national team was forced to play without its most important and key players in almost every qualifying match.

However, they narrowly secured the last World Cup spot in their second-round qualifying group. Prior to the World Cup, the Serbian national team was rated as the favorite to win the trophy, but was eventually beaten in the quarter-finals by Argentina.

With victories over the United States and the Czech Republic, they finished in fifth place. At the end of the tournament, head coach Đorđević announced his decision to step down after six years.

Serbia also won the bronze medal in women’s basketball at the Rio 2016 Olympic Games, beating France 70-63 in the penultimate game of the Olympic tournament.

Marina Majkovic’s squad featured an inspired Jelena Milovanovic, who scored 18 points, had seven rebounds and had two assists for her team’s win. She was seconded by Ana Dabovic, with 11 points.

Meanwhile, the French had their best player of the day in Endy Miyem, with 18 points, four rebounds and three assists.

In this way, Serbia achieved its first Olympic medal in this specialty. Meanwhile, France was left off the podium after being vice champions in London 2012.

More about the Serbian basketball team: