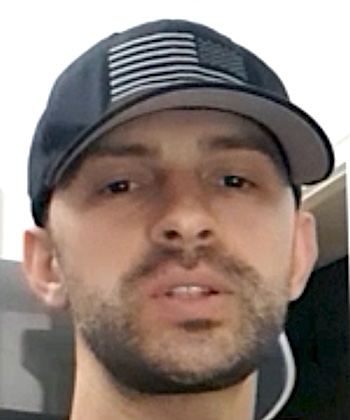 Johny: “Hello, I come from Albania. My goosebump moment was when, about 15 years ago, I was about 15 years old. I was sleeping outside, in nature, with my cousins and brothers, and suddenly I saw a falling star, shooting star, or an asteroid, whatever, space junk. It was moving fast towards earth. And at the time I thought, I was convinced that I actually saw a UFO, life out there in space. I was very excited, I remember. I had this feeling that was a little mixed with fear. I felt something and my toes curled up. And it was quite an unforgettable experience.”

Shooting stars, or meteors, are caused by small specks of dust from space that burn up from 65 to 135 km above the Earth’s surface while hurtling at tremendous speeds into the upper atmosphere.

While most debris dissipates in the atmosphere, large ones put on a spectacular light show and, very rarely, large debris reaches the Earth’s surface, causing devastation and forming craters.

Shooting stars are, therefore, anything but a star, but they inspire the same awe and wonder as they streak across the sky, a fiery point that leaves a long bright trail behind it and gives many of us goosebumps.

What is a shooting star?

Shooting stars look like stars shooting rapidly across the sky, but they are not stars. A shooting star is actually a small piece of rock or dust that hits the Earth’s atmosphere from space. It moves so fast that it heats up and glows as it moves through the atmosphere.

Shooting stars are actually what astronomers call meteors. Most meteors burn up in the atmosphere before they reach the ground. Occasionally, however, a meteor is large enough that a portion survives and reaches Earth’s surface. Then it is called a meteorite.

These alien rocks visiting Earth are not a rare phenomenon. In fact, about 100 tons of interplanetary debris, rock, ice or metal, travels towards our planet every day. Usually the debris is the size of rice grains or pebbles, but sometimes it can be as large as boulders.

As the debris races through Earth’s atmosphere, it generates large amounts of heat that vaporizes and illuminates the debris as it falls, creating streaks of light in the sky, popularly known as shooting stars.

How to identify space debris?

It should be noted that shooting stars have a nomenclature and can be a bit confusing. Meteoroid and meteorite are the terms used to describe space debris. Solid matter that comes from space is called a meteoroid.

The phenomenon of solid matter heating up and glowing in the sky like a shooting star is called a meteoroid. Very rarely an incoming meteoroid is large enough to survive to the ground, known as a meteorite.

Meteorites are matter left behind by comets, asteroids or from the formation of the solar system and also orbit the sun as they are part of the solar family. If their orbit crosses the Earth’s orbit, due to gravity, they begin their descent at very high speeds becoming meteorites.

Sometimes, the earth passes through a whole cloud of dust, which is mainly left by comets or asteroid collisions. When this happens, we receive meteor showers, dozens or even hundreds of meteors per hour, making it one of the most anticipated events for astronomy enthusiasts.

The point in the sky where the meteors come from is called a radiant and the shower is named after the constellation in which the radiant is located. When the earth hits a specific comet stream at about the same time each year, the showers are annual.

So we have the Perseid meteor shower in August each year and Geminid meteor showers, which are visible in December. Although pollution in cities makes it difficult to observe the wonders of the sky, the meteors can be seen after midnight.

The devastating power of meteors

Discussion of meteors will be incomplete without the mention of dinosaurs.

The giant reptiles were possibly annihilated when a meteorite crashed into the shallow waters of the Gulf of Mexico. The destructive power of the impact was more than a billion times the power of the atomic bombs dropped on Hiroshima and Nagasaki, and the Earth was never the same.

On February 15, 2013, the world was shaken and reminded again of the devastating power of meteorites when a rock of about 19 m moved through the sky over Chelyabinsk, Russia.

Although it exploded into hundreds of small pieces due to the pressure of the Earth’s atmosphere, which rained down, injuring thousands of people, no large fragment landed on Earth. (The meteorite that formed Lake Lonar was about 1 km in diameter when it crashed into the Earth’s surface.)