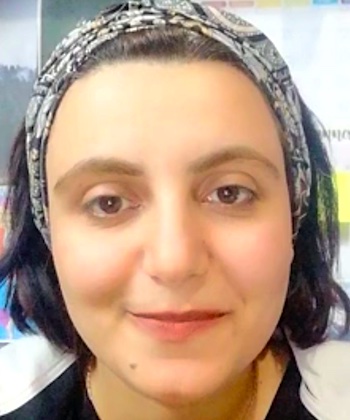 Spain, champion in the World Cup in 2010 – Jihan’s goosebump moment

Jihan: “Hello! I am from Germany and today I’m sharing one of my favorite moments of life with you. Actually, this moment dates back to 2010. I don’t know if that reminds you of anything, but for me it was like the day of the final match in the World Cup, okay? And it was in South Africa, Johannesburg, and I was really excited, and I wanted my team to win, my team is Spain. I have always supported Spain, even though everybody in my family was supporting Germany or Brazil and so on. But for me it has always been Spain. It was really amazing because it was the first time they won the football, like the World Football Cup and it was like the set of the most amazing players ever! Who can forget Andres Iniesta when he scored that goal four minutes before the end of the match?! It was such an amazing match, and it was such an amazing moment when they finally won in the very -like you know- the very end!”

The first European country to win a World Cup

At the 2010 FIFA World Cup, held in South Africa, Spain was the European champion after defeating the Netherlands, the third place finisher, 1-0 after extra time to win its first world title.

Spain became the eighth nation to win the tournament and the first European nation to win a World Cup hosted outside its continent. All previous World Cups held outside Europe had been won by South American nations. It is also the only national team since 1978 to win a World Cup after losing a match in the group stage. As a result of their victory, Spain represented the world at the 2013 FIFA Confederations Cup.

The final between Spain and the Netherlands

The final between Spain and the Netherlands was held on July 11, 2010, at Soccer City in Johannesburg. Spain defeated the Netherlands with a score of 1-0, with a goal by Andres Iniesta in extra time. Iniesta scored the final winning goal in the FIFA World Cup final.

The victory gave Spain its first World Cup title, becoming the eighth team to win it. This made them the first winner without home field advantage since Brazil in 1958, and the first team to win the tournament after losing their first match.

In the final match, many fouls were committed. Referee Howard Webb issued 14 yellow cards, more than doubling the previous record for this match, set when Argentina and West Germany shared six cards in 1986, and John Heitinga of the Netherlands was sent off for a second yellow card.

The Netherlands had chances to score, most notably in the 60th minute, when Arjen Robben was released by Wesley Sneijder to get one-on-one with Spanish goalkeeper Iker Casillas, but Casillas saved the shot with his outstretched leg.

For Spain, Sergio Ramos missed a free header from a corner kick when he was unmarked. In extra time, Iniesta broke the deadlock with a volley after a pass from Cesc Fabregas.

The result marked the first time that two teams from the same continent had won the World Cup in succession (after Italy in 2006), and took Europe to 10 World Cup titles, surpassing South America’s nine.

Spain became the first team since West Germany in 1974 to win the World Cup as European champions. The result also marked the first time a European nation had won a World Cup final not held on European soil.

The final was preceded by a closing ceremony featuring singer Shakira. Afterwards, former South African President Nelson Mandela made a brief appearance on the pitch, carried in a wheelbarrow.

The 2010 World Cup in South Africa

The 2010 FIFA World Cup was the 19th FIFA World Cup, the world championship of men’s national soccer teams. It was held in South Africa from June 11 to July 11, 2010. The bidding process to host the finals of the tournament was open only to African nations. In 2004, the international soccer federation, FIFA, chose South Africa over Egypt and Morocco to become the first African nation to host the finals.

Matches were played in 10 stadiums in nine host cities across the country, with the opening and final matches played at Soccer City Stadium in South Africa’s largest city, Johannesburg. Thirty-two teams were selected to participate through a world qualifying tournament that began in August 2007.

In the first round of the tournament’s final phase, teams competed in groups of four teams for points, with the top two teams from each group advancing. These 16 teams moved on to the knockout phase, in which three rounds of play decided which teams would participate in the final.

More about Spain at the FIFA World Cup: