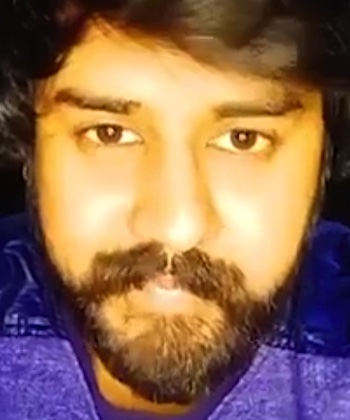 Sparrows on my balcony

Ryan: “Hello, I am from Saudi Arabia and my goosebump moment is about sweet sparrows’ music outside of my room. I am an early riser who gets up at 5 a.m. On my balcony I put a water pot for birds. If there is any bird thirsty, they can fulfil their thirst with it. In the morning, I see lots of sparrows dancing and enjoying themselves and speaking with their sweet voice. I feel pleasure by hearing this melodious voice, I always recall this voice when I want instant pleasure. By hearing and viewing this lovely scene. This was my goosebump moment”.

The spectacular song of sparrows

Bird songs are not only beautiful, but they also contain a lot of information, such as the health and fitness of the performer. Like other birds, male sparrows sing to defend their territory and attract females. Only males sing specific melodies that they learn during a critical period of their early development.

Birds have masterfully developed auditory communication, making them, without a doubt, the vertebrates with the most complex repertoire of sound production, which reaches its peak in the elaborate songs of passerines or songbirds.

Birds can emit a wide variety of vocal sounds, from calls and cries to spectacular songs. This is a characteristic of most species, except for a few groups such as storks, vultures, and some pelicans, which, however, can produce mechanical sounds through the movement of their beaks or wings.

Bird calls and songs are so varied within a species that they can be said to form a vocabulary. A particular call may mean that a predator is nearby and will therefore warn other individuals of danger. Some birds use certain sounds to warn others of the presence of food.

Interestingly, geographic populations of the same species may have minor variations in their songs, which are known as dialects, and would be equivalent to the different accents that, for example, people from the coast and those from the city have, even if they speak the same language. More fascinating is the fact that subtle individual differences in voice are detected by other individuals, allowing a parent to recognize its chicks even within a colony full of chicks of the same age, as seagulls do.

This has led scientists to wonder whether singing is a learned behavior or genetically inherited from the parents. Laboratory studies have shown that the very structure of the syrinx limits the variety of sounds an individual can produce in terms of pitch and frequency. Some of the song is innate since chicks can produce the characteristic sounds of their species from a very early age. However, the structure of the song, the sequence and frequency of notes are largely learned from adults, so a chick goes through a stage of learning and perfecting the song during its development.

This ability to learn and repeat sounds has made many birds adept at mimicry. Centzontles (their name means four hundred voices in Nahuatl), cuitlacoches and mulattos can learn a wide variety of sounds, such as other birds’ songs, dog barks and cat meows.

Similarly, the lyrebirds of Australia have been found to be able to imitate the sounds of a horse’s hooves. The masters of the art of mimicry are undoubtedly parrots, which can reproduce a wide variety of sounds thanks to their robust tongues, crows, and mynah birds, all of which are very popular as pets because of their ability to imitate the human voice.

Why is the song of small birds sweeter?

Small birds have an anatomical feature and vocal behavior that, coincidentally, synchronize well with the human perception of song. The anatomical peculiarity is the syrinx, the avian version of our larynx.

Passerines have the most complex syrinx. They can control each side of the syrinx independently, allowing them to create a wide variety of sounds, from whistles to clicks, so songbirds raise the vocal stakes with their ability to learn new versions of songs in addition to the ones they inherit.

Many passerines are tiny, such as the hermit thrush, which weighs just 28 grams and produces a complex and haunting song.

There is at least one exception to the rule of smaller is sweeter: Australia’s superb lyrebird, a pheasant-sized passerine, arguably the bird with the most complex song in the world. It can imitate anything.