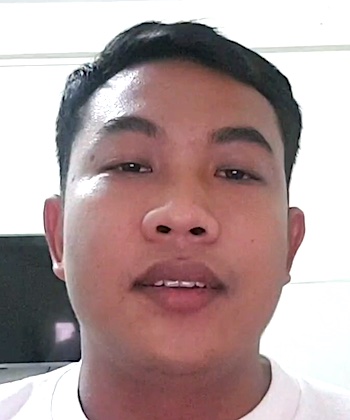 Suu Khin on MasterChef US

Sein: “Hi, I am from Myanmar formerly known as Burma. I would like to share the last goosebump moment when I was watching a video clip on YouTube, about a Burmese girl named Suu who was presenting a Burmese traditional noodle dish, the most beautiful preparation I have ever seen in front of the judges of the American MasterChef, Season 11. I was so emotional and got goosebumps when the judges were giving their own reviews on her presentation. Actually her serving is very popular and a traditional breakfast in our country. Finally, she got the white apron and now she is in the top ten list, I think. I also love the words that one of the judges said: “Go away so we can finish eating the rest”. Yeah, this video makes me get goosebumps. Thank you so much.”

Burmese cuisine on MasterChef US

Suu Khin, a 30-year-old food blogger from Houston, achieved what many aspiring chefs can only dream of: she received the highest praise from the four MasterChef US judges after preparing a Burmese noodle soup with shrimp curry and coconut.

When the judges came to her station to check what she was cooking, the food blogger explained her Burmese roots and pointed out how Burmese food was influenced by Indian, Chinese and many Southeast Asian cuisines. Her story, her smile and the love she has for her cuisine gave more than a few people goosebumps.

On the premiere episode of ‘MasterChef: Legends’ season 11, it was Suu Khin who made the judges and fans swoon over her beautiful backstory and soup.

When the judges asked him about her dish, Suu told them that she is from a third world country, where people eat for sustenance and many are grateful to just have a bowl of rice.

After tasting her dish, Aaron couldn’t stop praising her finesse and technique. Emeril bestowed the highest compliment by calling it “love food.” Joe described the dish as “a deep dive into Burmese cuisine” and Gordon called it the best dish of the night. Everyone unanimously gave Suu their yes and handed her the white apron. As soon as Suu left the kitchen, the judges began to fight amongst themselves over who would finish the rest of the dish.

Suu further narrated how she started cooking. As a child, she helped her mother and grandmother in the kitchen. Back then she considered being in the kitchen as a chore. But things changed after she moved to the United States for a higher education. Once again she entered the kitchen, but this time to cook Burmese food so she could combat nausea and enjoy the comfort of the family meal.

Like the judges, fans were also impressed with Suu’s cooking and started rooting for Suu to win the competition after watching her amazing performance during the auditions.

All about the American MasterChef

After the great television success of the shows “Hell’s Kitchen” and “Kitchen Nightmares” hosted by chef Gordon Ramsay, Fox channel decided to launch the American version of “MasterChef”, created by the BBC in 1990 and renewed in 2005, in order not to break with the culinary theme of the channel’s programming. In addition, Ramsay’s participation was confirmed along with chefs Joe Bastianich and Graham Elliot as permanent judges of the program.

The first season premiered on July 27, 2010 in the United States. After the show’s great success, it was decided to launch a second season, which premiered on June 6, 2011.

MasterChef US is based on the style of a reality show with elements of a common TV competition. There is a casting with more than forty people trying to get a place on the show, demonstrating their highest cooking tactics. After several elimination rounds, the eighteen remaining contestants are the ones who go through different tests to try to reach the final. There the two last contestants battle it out for the title of MasterChef.

Burmese cuisine corresponds to the culinary customs of the inhabitants of Burma (officially Myanmar), heavily influenced by the cuisines of China, India and Thailand. One of the most important characteristics of this cuisine is the use of fish from the Andaman Sea.

The Muslim and Buddhist communities do not include pork, the vegetarian community is relatively abundant and this influences the contents of some dishes.

More about Suu Khin on MasterChef US:

One Comments "Suu Khin on MasterChef US"