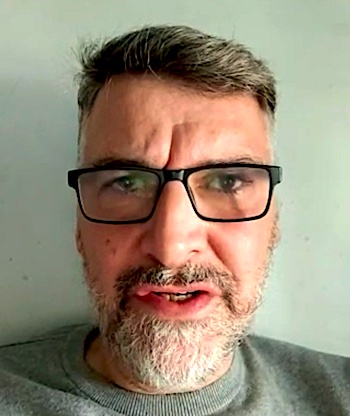 “Hi! My name is Ronny. I am from Belgium and my goosebump moment is the World Cup Rugby Final between South Africa and New Zealand in South Africa in 1995. The reason why I chose this moment is very simple. As a sporting event it was an amazing roller coaster for all the supporters of South Africa I think, but what struck me the most is the sheer enthusiasm and the passion that the country has shown towards their national rugby team, during that time, while the country was still rebuilding. I have never experienced that before and never have experienced that since, either. It was just an amazing experience from start to finish. From singing the national anthems to actually the final whistle and seeing South Africa lift the world cup. And just the outpour of joy that it brought to the country. It was just an historical event and I have not been part of many so, that is my goosebump moment.”

A great sporting and social event

The 1995 Rugby World Cup was the third edition of this competition and was held in South Africa, being the first major sporting event after the end of Apartheid. The victory went to the hosts who defeated New Zealand 15-12 after extra time.

The final was played on June 24, 1995 in Johannesburg and it was Nelson Mandela who presented the Webb Ellis Cup to South African captain François Pienaar. In the group stage, South Africa won all the matches, against Australia, Romania and Canada. In the quarterfinals, they defeated the Samoan team 42-14, qualifying for the semifinals, where they beat France 19-15.

An act to unite the South African nation

The arrival of the third Rugby World Cup in South Africa was not only a sporting event but also a social one for that country. Apartheid’s exclusion from all international sporting competition had left the Springboks out of the first two World Cups.

The format was similar to that of the other World Cups, with 16 teams and the local team seeded for being the host. The Pumas arrived after earning a place with anguish against Uruguay, in an eventful encounter in Montevideo.

The locals, after beating the last champion, Australia, by 27-18 in the debut, became solid in their game until reaching the decisive match with the candidate to win the tournament: New Zealand. In a close final in which defenses prevailed over attacks, Joel Stransky’s drop goal in extra time gave the Springboks the title 15-12.

The image of the local captain, Francois Pienaar, receiving the Webb Ellis from Nelson Mandela, and the emergence of a 20-year-old, Jonah Lomu, in the first plans of world rugby, were the most salient memories of the competition.

It should be remembered that rugby was seen as an elite sport, with white players and fans being the protagonists until 1981, the year in which the team, known as the Springboks, was expelled from international competition, until its reinstatement in 1992. The same had happened with other disciplines, such as football and tennis, because they were considered by South Africa as “whites only” activities.

Mandela had spent nearly three decades in prison, accused of plotting to overthrow the government led by the conservative-leaning National Party. He was released in 1990 and later became the candidate of the African National Congress, a social democratic party with which he became the first black President of South Africa, between 1994 and 1999.

In his mandate, he decided to take the 1995 Rugby World Cup as an event that would unite the South African nation, calling on the population to support the whole, including blacks.

New Zealander Jonah Lomu was the great figure of the World Cup. It was his remarkable performance in the semi-final win over England, 45-29, scoring four tries, that catapulted him to the forefront internationally.

In the local team, which was taking steps towards an integration that the entire country demanded, the visible face was wing Chester Williams: after being injured, he returned in the quarterfinals against Samoa and scored four tries. Captain Francois Peinar was also one of the emblems of the champion team.

The final of the tournament had South Africa and New Zealand as protagonists, both teams with five games unbeaten. In the regular time of the match, the two teams were tied, so there was extra time in which the hosts were able to take the lead and reach their first (and only so far) Rugby World Cup.

The story of the 1995 Rugby World Cup final inspired the book The Human Factor, written in 2008 by John Carlin through interviews about the sporting event. The following year, Clint Eastwood directed the film based on Carlin’s play, starring Morgan Freeman (as Mandela) and Matt Damon (as Pienaar).