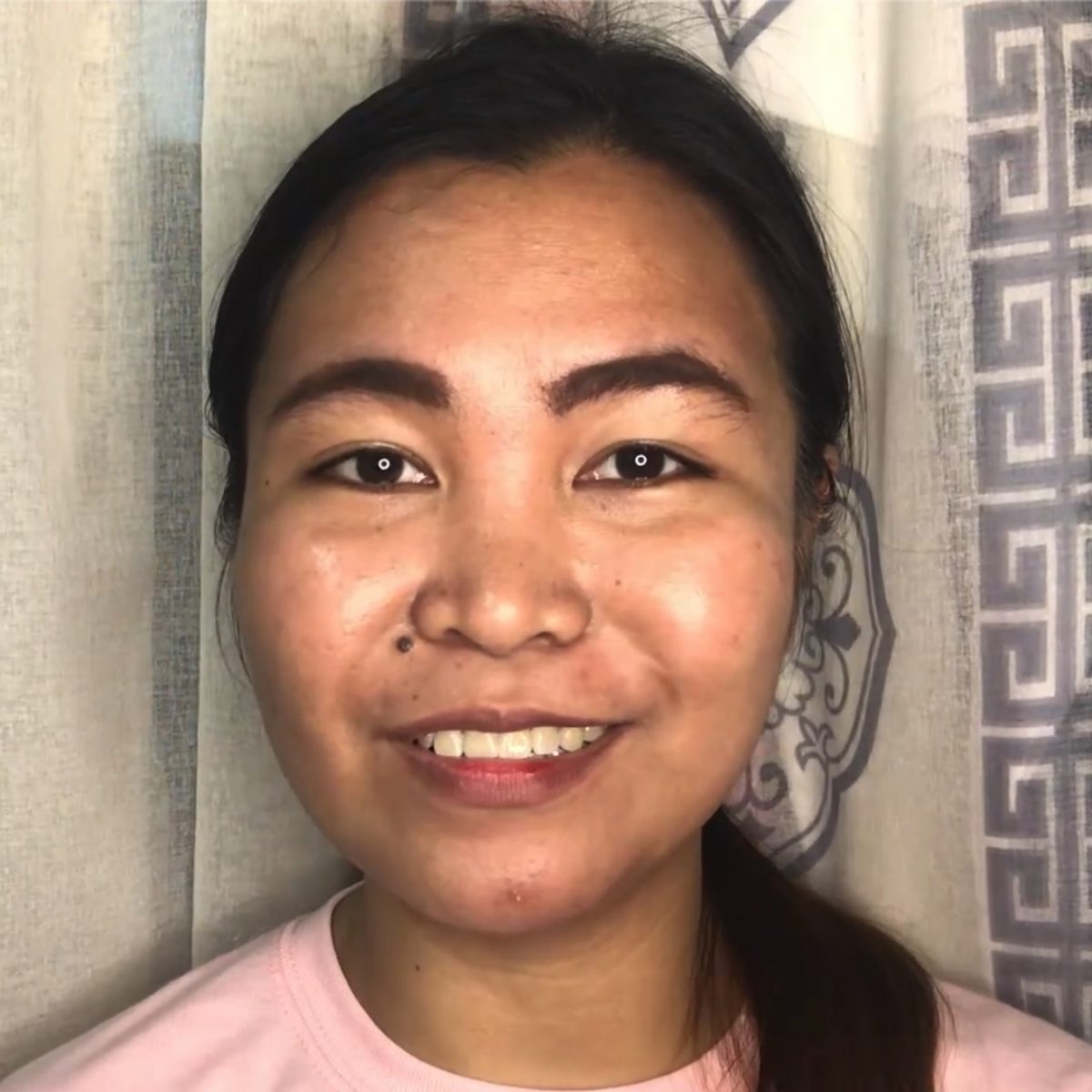 Glomarie: “Hi! This is Glomarie and I am from the Philippines. I just want to share with you guys one of the most unforgettable goosebump moments that happened to me. It was when I personally watched the opening ceremony of the 30th Southeast Asian Games, which was held here in the Philippines. And the most awaited part of it is who is gonna carry the torch and light the cauldron. When the official theme song of the SEA GAMES started to play, which is entitled “WE WIN AS ONE”, sang by various world class Filipino artist, that is where everybody got teary-eyed and even cried, including myself. So the part where I had this most goosebumps is when the man who was carrying the torch in a hood revealed himself. And to all of our surprise, it was the world boxing legend and one of the greatest icons in the history of sports, a true blooded Filipino, Manny “Pacman” Pacquaio, who brings so much joy and honour to the country. His role during the ceremony made all Filipino athletes proud and eager to win gold. That is when everyone got goosebumps, teary-eyed and even cried. All we can say is “We are all proud of being a Filipino”.
(<<)

The opening ceremony of the 30th Southeast Asian Games, which was held in the Philippines in 2019, was one of the most unforgettable events that this country experienced and that enhanced the pride of being a Filipino. It was an inspiring and motivating event, sprinkled with national colors and with the presence of world-class Filipino artists who brought so much joy and honor to the country to fight with their hearts for the flag.

The great surprise of that day, which left many people with goosebumps, was undoubtedly the unexpected presence of the world boxing legend, Manny “Pacman” Pacquaio, who was accompanied by athlete Nesthy Petecio, his face covered with a hood to later light the cauldron in the midst of the standing ovations of the public.

The Philippines hosted the 2019 SEA Games for the fourth time

On this occasion, the Philippines hosted the 2019 SEA Games for the fourth time, where more than 10,000 athletes from 11 countries competed (Brunei, Cambodia, Philippines, Indonesia, Laos, Malaysia, Myanmar, Singapore, Thailand, East Timor, Vietnam), participated in 56 sports and more than 530 events spread over 39 venues in Metro Manila, Subic, New Clark City, Angeles, among other cities in the country.

The Philippines accumulated 149 gold, 117 silver and 121 bronze medals for a total of 387, also the highest performance in the 60-year history of the event. It surpassed its best previous result in the 1991 edition, when it obtained 91 gold, 62 silver and 86 bronze medals. Quah Zheng Wen of the Singapore swim team topped the men’s category with six golds and two silvers, while Vietnamese Nguyen Thi Anh Vien, who also achieved six golds and two silvers in swimming events, received the award for best female athlete.

This edition was one of the most notable since its inauguration in 1959 for being the first to include e-sports and steeplechase, as well as the largest number of sports in gaming history. In this event, the prizes were also presented to the best athletes of the SEA Games that year.

For its part, Vietnam, which beat Thailand in the final days of the game, took 98 gold medals to climb to second place in the medal table. Indonesia, Malaysia and Singapore were ranked from fourth to sixth place, earning 72, 55 and 53 gold, respectively.

For the first time, the opening ceremony of the event was not held in an open-air stadium, but in the Philippine Arena, a sports hall located in the municipality of Bulacán, with a capacity for 55 thousand people.

The opening ceremony, developed with digital innovation that highlighted Filipino arts and culture, amazed the audience, showing from the Philippine textile-inspired backdrops, to the folk dance choreography, the salute to the competition culture of beauty, musical numbers with the best of traditional Pinoy music, among others.

But the highlight of the opening rites, as in any other multi-sport event, was the lighting of the cauldron. In this case, those present enjoyed the torchbearers, boxers Manny Pacquiao and Nesthy Petecio, who were seen on the screens lighting the cauldron.

The footage showed boxer Pacquiao running to the cauldron in front of numerous fans in New Clark City, then passing the torch to world female boxing champion Petecio before lighting it up.

As the cauldron flame glowed, a dazzling fireworks display lit up the night sky.

For its part, the closing ceremony, which closed the curtain on the 30th Southeast Asian Games, took place on December 11, at the athletics stadium in New Clark City, Philippines.

The activity began with the parade of competing athletes and its development was attended by internationally renowned local musicians and also international artists such as the group The Black Eyed Peas, followed by a drone show that turned the sky into an impressive screen that showed the sports played in the Games.

The exhibition culminated with the display of the games theme: “We Win As One”.

The motto of the SEA Games 30, “We win as one”, inspired the Filipino Ryan Cayabyab to compose a homonymous song, came to be chosen as the main theme of these games and was performed by the famous singer of the host country, Read Salonga.

The song, which was released on September 3, 2019 along with the music video, expresses the message of sportsmanship, athletic superiority and artistic achievement that brought the 11 participating countries together from November 30 to December 11. It also refers to the desire of Filipino athletes to compete for the glory and honor of the nation.

The music video for “We win as one”, produced by Equinox Manila and directed by Shem Hampac, shows Lea Salonga singing with New Clark City as a backdrop.

The audiovisual work also features images of selected athletes from the SEA Games.