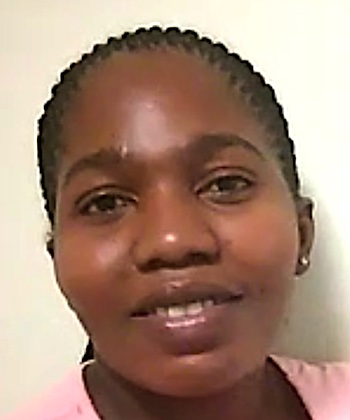 “Hello everyone, I am Tafara and I am from Botswana. My goosebump moment was when I visited Lake Mangochi in Malawi. So, in 2018 we took a road trip to Malawi, we passed through Zimbabwe and Mozambique, then into Malawi. It was a beautiful long trip, and we were just using our GPS to move around and then we got to the Mangochi village, and this village is old, nothing special. We even asked ourselves if it was really worth it. But then as we passed through the village and got to the actual lake, I saw the most amazing view. That place is very beautiful, and the good thing is we arrived there at night. Everything was just quiet, everything was just calm. It was such a surreal view. I have never seen a place as beautiful as that place. That place is just something else.”

The amazing Lake Malawi in Africa

Lake Malawi is located within the Lake Malawi National Park in the Mangochi district. It is one of the largest African lakes, which has an area of 29,600 km², surpassing even the largest lake in Europe, Lake Lagoda in Russia. It is the ninth largest lake in the world and its waters are divided between the countries of Mozambique, Tanzania, and Malawi.

Not only its size is striking, but also the life that inhabits its waters. The lake is home to around 600 different species of endemic fish, species that are not found anywhere else in the world, in addition to many other species introduced by man. Although a quarter of its waters belong to Mozambique, the main Likoma and Chizumulu Islands are Malawi’s territory.

One of the oldest lakes in the world

Lake Malawi is filled by several rivers and streams, especially the Ruhuhu River. In addition, the different water layers according to depth do not mix. iIt is what is known as a meromictic lake, which is unusual. The shape is pronouncedly elongated, 580 kilometers long and at most 75 kilometers wide.

There is an explanation for this: the lake is embedded in the East African Rift. After this rift was created by tectonic movements, it was progressively filled. Although the age of this filling has not been determined, the consensus is about 4.5 million years.

This also makes it one of the oldest in the world. The combination of its age with its stratification characteristics makes this lake one of the most biodiverse aquatic lakes in the world. Among the small cichlids alone, about a thousand different species have been counted.

The shores of this lake have a bit of everything: there are marshy areas with lagoons, others with sandy beaches, others are wooded slopes and there are also rocky areas. In the south there are twelve islands, the largest of which is Alexandra Tyers, just off the tip of Cape MacLear. The water level depends a lot on whether it is the dry or rainy season.

The shores of the lake are frequented by different mammals that must deal with crocodiles and hippos, common in these waters. It is also overflown by various birds that nest on the islands and specialize in fishing, such as the African fish eagle. However, it is in the waters where its greatest treasure lies thanks to its fish, which makes the lake a place of study of relevance comparable to the Galapagos Islands in Ecuador.

Malawi is one of Africa’s most remote and unknown countries and one of its most fascinating undiscovered gems. Lake Malawi has beaches that look like the Caribbean and its seabed is a veritable treasure trove of biodiversity. It is here that you can find the best freshwater dive in the world.

The famous British explorer and missionary David Livingstone called this the lake of the stars, after the lanterns of the fishermen who would jump into the water at night. Livingstone spent time in this place and several of the names of different spots are because of him.

Malawi has been inhabited by ethnic Bantus since the 4th century, but like other parts of the African interior it was not known to the West until the 19th century. It was not Livingstone, but the Portuguese explorer José da Costa Cardoso, who discovered it in 1846. Even so, few Westerners ventured there, except for a group of missionaries, without much success against the Muslims.

Two main threats to the lake are overfishing and pollution, and for this reason, the National Park was created in 1980.

The Cape MacLear fishing village on the cape is Lake Malawi’s most well-serviced resort. The destination is mainly appreciated among backpackers and the way to get there is from Monkey Bay, which is reached by bus from the capital Lilongwe.

From Cape MacLear you can book all kinds of excursions: trekking in the surrounding mountains, boat trips or kayaking and, of course, the ideal way to get to know the fish fauna: snorkeling and scuba diving.

More about Lake Mangochi in Malawi: